Now that the iPhone 5S and 5C have arrived, it’s time to start thinking about the next generation of Apple handset. I’m talking about the iPhone 6, a device that has already been rendered a couple of times, but one more can’t hurt. 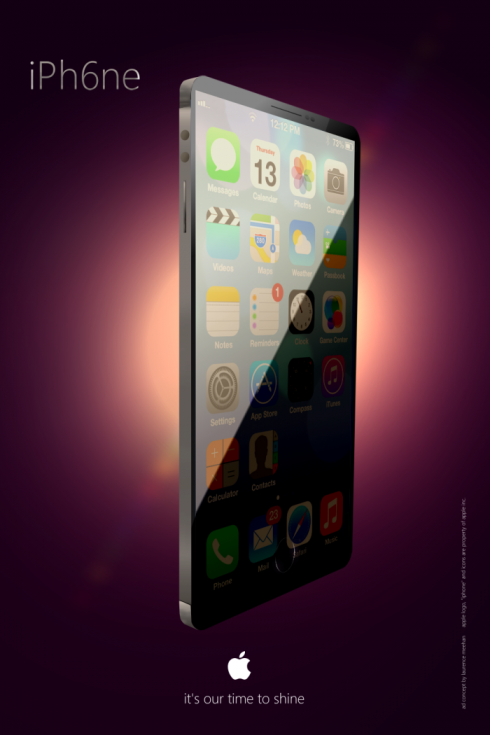 This concept iPhone was created by Deviantart user Webcraftireland and it’s an edge to edge smartphone with a metallic case that’s very thin. The screen takes up a large portion of the handset’s front side and frankly speaking, I don’t even think you need a button on this smartphone. I’m not a fan of the iPhone 6’s sharp corners here, but I guess we’ll adapt.

The handset will probably step it up a notch in the diagonal area and jump to either 4.5 or 4.8 inches in size. Full HD or even 4K could come to this model from 2014, although we shouldn’t get ahead of ourselves. And how about Apple making an iOS 7.5 instead of iOS 8 next year? Hopefully it will be more inspired UI-wise…

About Thrystan
Phonebloks is a Brand New Modular Concept Phone, That Everyone Seems to Love (Video)   Sony Xperia ZP by Ben Ling Feels Like an Xperia Z Mini of Sorts