We’ve seen the iPhone 6 a lot over the past months, but no trace of the iPhone 6S. Now this model has been rendered by TheTechnoToast, as shown below. This model is much more elongated than what we’re used to and it has an all new exterior and realistic specs. 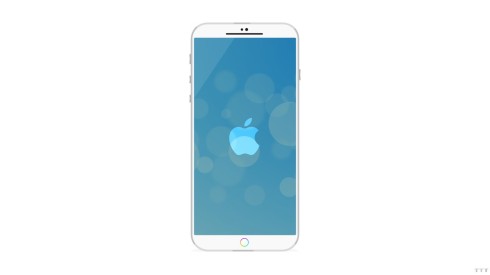 This iPhone 6S comes with a larger 5 inch Full HD screen and a customizable RGB LED light, that makes use of a 500 ppi Touch ID sensor. This handset packs a quad core Apple A8 CPU clocked at 1.5 GHz, 2 GB of RAM and an 8 megapixel camera with an improved lens cover. The power button has been repositioned to the side, as rumored for the iPhone 6. By the way, bezels have been slimmed down a lot, on the top, bottom and sides.

The iPhone 6S is also thinner, but also heavier than the previous iPhone. I find the Home button to be a bit too flower power with that strange coloring. What do you think of this concept? What place does it take in history? Maybe it’s 2015 material…

About Kelvin
Passionate about design, especially smartphones, gadgets and tablets. Blogging on this site since 2008 and discovering prototypes and trends before bigshot companies sometimes
Google Nexus 10.2 Resurfaces in a Render or Two   Kairos Smartwatch With Android Makes the Moto 360 Pale in Comparison (Video)