After the very nifty concept of the iRolex, here’s another excellently designed smartwatch. The Kairos Watches have gone to the next level and even made the Moto 360 look outdated with this new render below. 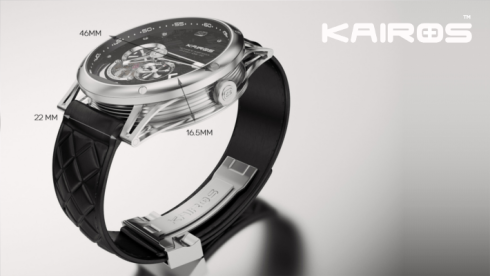 This is called a mechanical smart watch hybrid and it’s so incredibly detailed and complex, that Swiss watchmakers would applaud it. This watch packs a 1.4 inch PMOLED full color display at 40% transparency, plus moving mechanical parts. The digital part only lights up when the smart features are needed. There’s an ARM Cortex M4 CPU Inside and a 180 mAh Battery, good enough for about a week of use on a charge. 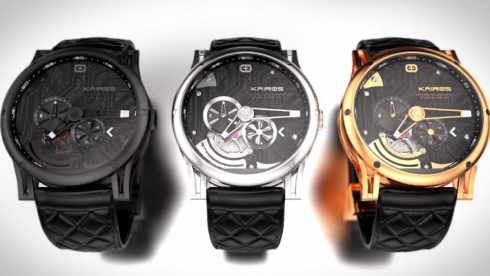 512 MB of memory and Android Wear are also in the picture. Right now the Kairos runs the in house SmartOS, but in the future Android Wear seems the logical option. A 3 axis accelerometer, Bluetooth 4.0 and push notifications are all available. GPS enhancements and even a future version with Intel inside is planned by Kairos. At 60% transparency, the smartwatch alternative screen has static icons, numbers and text. 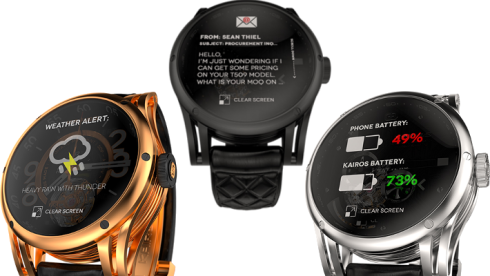 About Kelvin
Passionate about design, especially smartphones, gadgets and tablets. Blogging on this site since 2008 and discovering prototypes and trends before bigshot companies sometimes
iPhone 6S Gets Rendered With Multicolor Home Button   Amazon Kindle Phone Rendered by Techradar (Video)