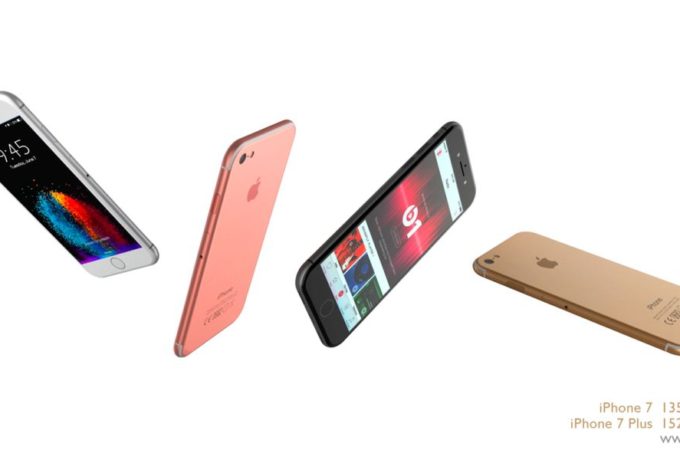 It’s been a while since I last heard about the designer Giorgi Tedoradze and now he’s back with a fresh concept of the iPhone 7. The device’s core is based on the leaks seen recently on the web and the interesting bit here is actually the set of EarPods headphones bundled with it.

The device also gets a new iSight 12 megapixel camera and a brand new 8 megapixel FaceTime shooter with flash. The antennae have been moved to the top and bottom, we now get two sets of speakers flanking the Lightning port. The renders show the iPhone 7 concept used in tandem with Lightning cable EarPods, as well as Apple Beats wireless headphones.

The designer also mentioned some sizes, like a 6.5 mm waistline for the iPhone 7 and a 6.4 mm waist for the iPhone 7 Plus. The Home button also gets a ring of light around it, for a funkier look, straight out of a sci-fi movie. I dig this look, but I can’t say I’m surprised by anything, maybe only the light around the Home button. Of course one may say it would drain too much power, but in the end a color coding may also mean notifications.

I expect a ton of hate related to the Lightning EarPods, from owners of great wired headphones…

About Kelvin
Passionate about design, especially smartphones, gadgets and tablets. Blogging on this site since 2008 and discovering prototypes and trends before bigshot companies sometimes
iPhone 7 With Capacitive Home Button Gets Rendered in Dark Blue; Here’s a Video of It   Motorola motoROKR Z7 is a Beast of a Music Phone, With 7 speakers and a Subwoofer