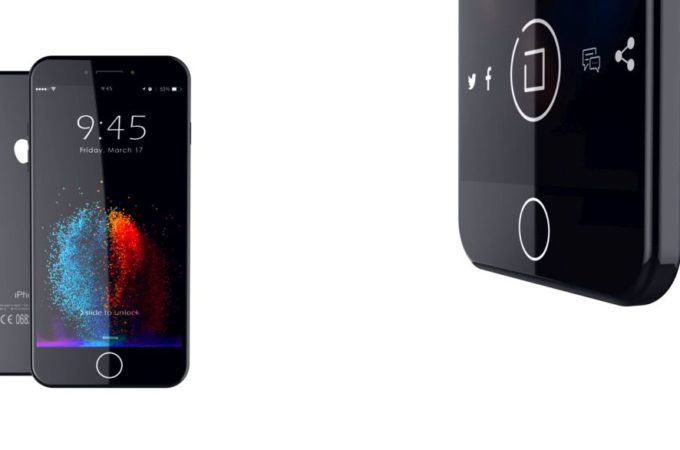 Designer Giorgi Tedoradze joins the growing series of designers who envisioned the iPhone 8 and iPhone 8 Plus. His vision involves a new format, with a 4.9 inch screen for the iPhone 8. Interestingly, the body size stays the same as the iPhone 7.

The screen takes up the biggest part of the facade of the device. The thickness is now just 6.5 mm, unlike the 7.1 mm of the iPhone 7. The battery capacity paradoxically grows from 1960 to 2300 mAh. The iPhone 8 gets the same 12 MP camera as the iPhone 7, but with an upgraded system and sophisticated algorithm. The front camera also goes from 7 to 9 MP and gets a wide angle lens. This time there’s also a LED flash upfront.

The designer has included a new type of Home button here, that can light up and change colors depending on the call, message and other event that happens and has to be notified. The iPhone 8 Plus has yet to be revealed, but the designer promises to be back and stun us with that one as well. Somehow the color choice and vibe of the device takes me back to the iPhone 5c…