Well, isn’t that sweet? We’ve just found an interesting article on 9to5mac.com referring to the future and smaller iPhone. While the iPhone 5 is supposed to sport a 4 inch display, Apple might also launch that mythical iPhone nano. This generated some mockups on the site we just mentioned. 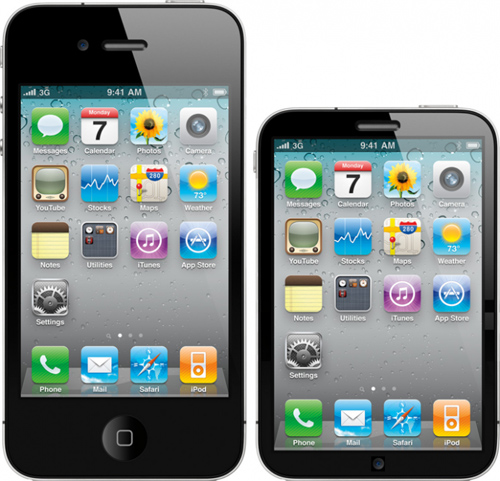 Supposedly, the new smaller model will be codenamed N97 and it’ll be half the size of the current iPhone, while costing $49 on contract. Speculations also say that the new device is “all screen” and it goes all the way to the edges. The Home button will also be lacking… Will you buy such a gizmo or be happy with a mere iPhone concept?