Liked the fancy iWatch concept from yesterday? Well, we’ve got one more to give you over the weekend. This new iWatch render is created by Eric Huismann and it makes me think of the iPod Nano from 2011 strapped to a special belt. 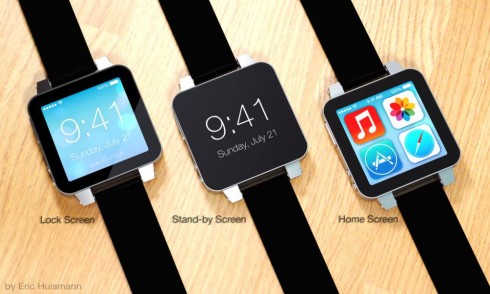 In the first shot you can see the device in 3 stances: lockscreen, standby screen and homescreen. There seems to be iOS 7.0 on board and the lockscreen and standby screen look totally iPhone-like. We don’t have specs for this model, but I can see we’re dealing with a metallic device, with a Lightning port on the side, speaker holes similar to the iPhone 5’s and an audio jack and microphone. 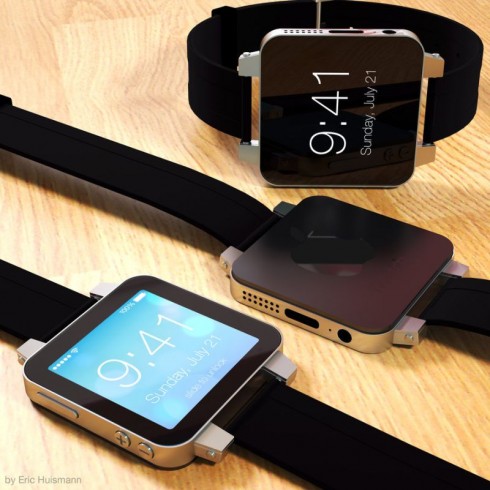 We’ve got rounded volume buttons and a bit On/Off button, while the front of the device is most likely an IPS LCD of sorts, with a 1.5+ inch diagonal and probably a resolution that feels too high for a watch. A single core CPU inside and 512 MB of RAM would suffice and I can’t really tell if we get a front camera or not…