Martin Hajek Has it All Figured Out: Gold iPad 5, Gold iPhone 5S and iPhone 5C Rendered

One of the most respected and realistic designers is Martin Hajek, who always seemed to get his renders right. He guessed the iPad Mini design perfectly before the launch and several other products. Now he goes for the gold…

He rendered the gold iPad 5 and gold iPhone 5S, two color versions that have been leaking a lot on the Internet lately. He was also brave enough to render a shot of Tim Cook introducing a triplet on September 10th. That’s when Apple is supposed to have an unveiling event, that will give us the iPhone 5S, iPhone 5C and the iPad 5, supposedly. 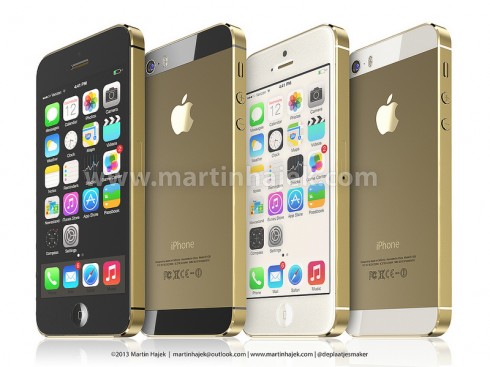 I don’t get why Apple would launch a white iPhone, black iPhone AND a gold one. Why gold/champagne?! What’s with all these rumors and what’s with the choice? Is there any PR/marketing/design/anthropology specialist who can explain? If so, the comments section awaits. By the way, great job Martin with the designs.