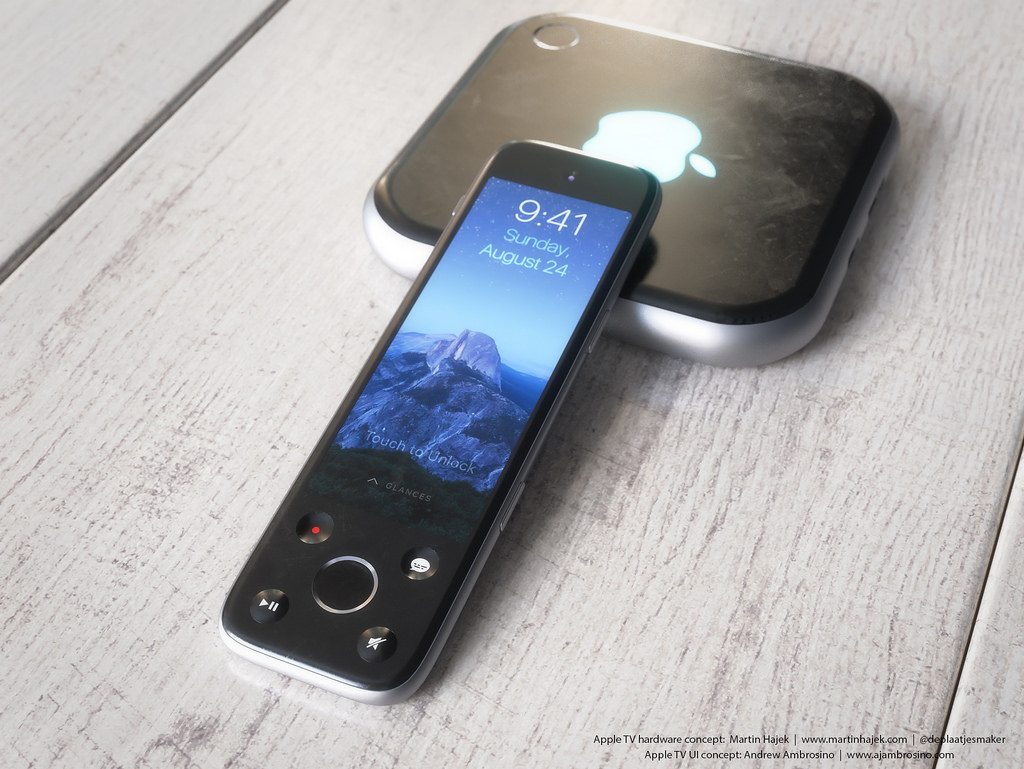 A few days ago, on September 9th Apple unveiled a new Apple TV product, with a brand new remote, that changes the way gaming is done on that platform. Two days before the launch respected designer Martin Hajek came up with his own version of the Apple TV 2015, that frankly speaking looks better. 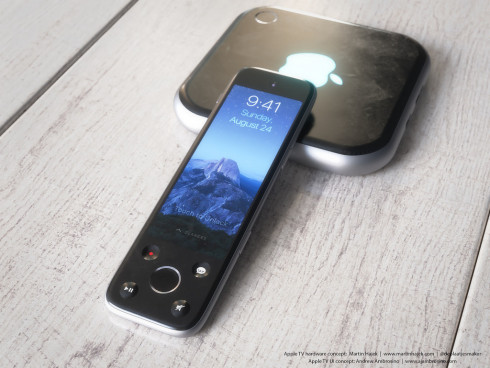 First of all, the remote’s touch area is bigger and it’s a full fledged touchscreen, showing images and feeling like a narrow iPhone. The new UI showcased here was designed by Andrew Ambrosino. As you can see, this Apple TV 2015 remote has 4 physical buttons and a Home button with Touch ID. The other side of the remote comes with a directional pad and circular button at the center and 4 extra buttons. 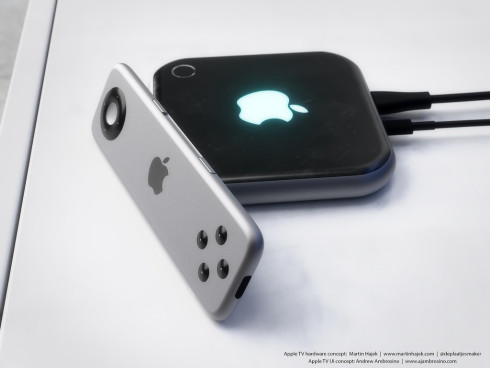 The accelerometer and gyroscope would certainly offer this accessory Wiimote-like functionality. The Apple TV set top box itself is compared in one of the images with the older version and it’s about 50% slimmer, more glossy and sports its very own Touch ID. Ports are being kept to a minimum (or better hidden) and the design once again draws inspiration from iPads and iPhones.

The white version looks particularly enticing, with that big shiny Apple logo on it. 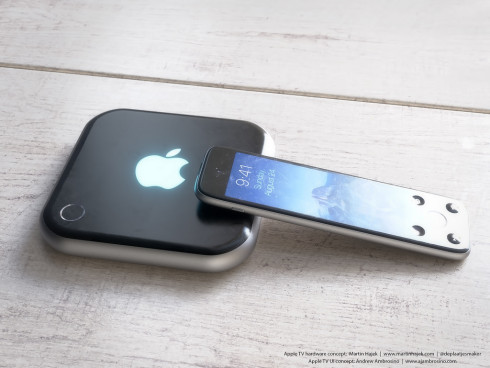 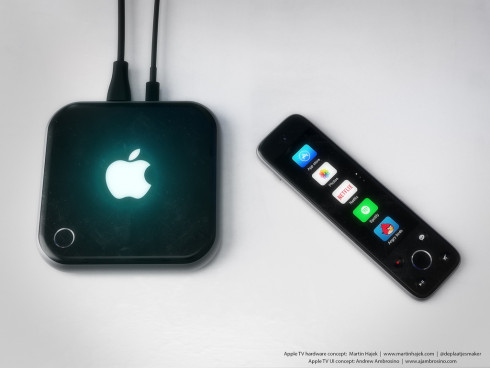 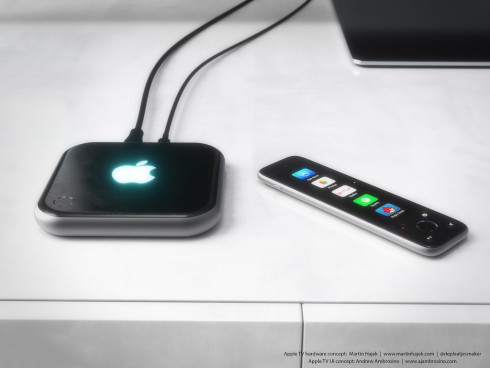 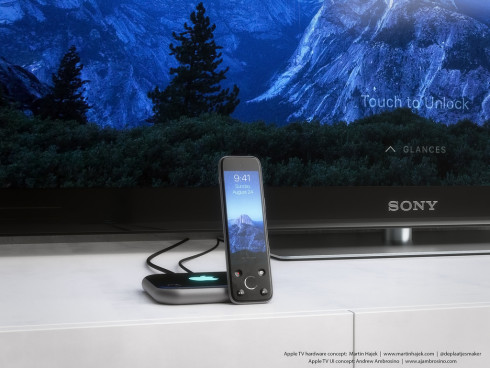 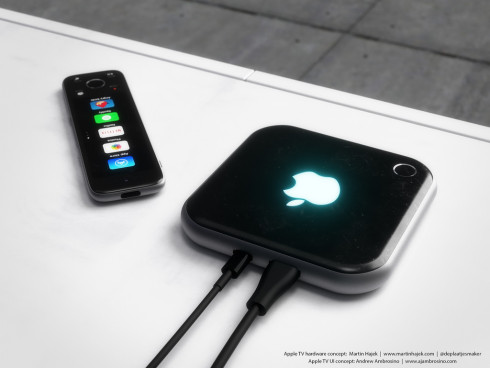 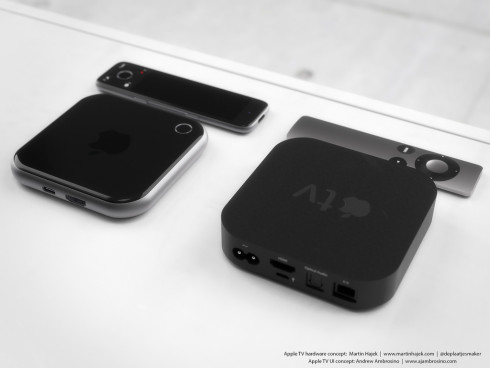 About Kelvin
Passionate about design, especially smartphones, gadgets and tablets. Blogging on this site since 2008 and discovering prototypes and trends before bigshot companies sometimes
LG Nexus 5 2015 Appears Again, This time With Nifty Glass Case   LG G LuX is a New Phone Render; Made of 18 Karat Gold and Offering LG G4 Level Specs