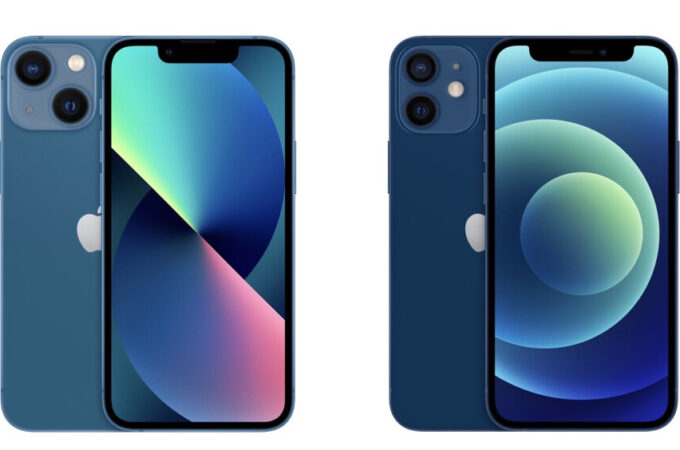 The iPhone 13 mini bundles the 4 cores, 3.22GHz Apple A15 (5nm) Bionic chip. The iPhone 12 mini, on the other hand, has a 4 core 3.1 GHz Apple A14 (5nm) Bionic chip. The A15 modestly improves single-core performance, but the multi-core performance is quite impressive. There’s no considerable difference in performance, and switching between apps feels just as smooth on both. Both devices support 5G with the iPhone 13 mini booting iOS 15 out of the box and the iPhone 12 mini being upgradable from iOS 14.1 to iOS 15.

Both the iPhone 12 mini and the iPhone 13 mini have Apple’s Face-ID for biometrics and security, and the unlocking speeds are still unbelievably fast. Apple went with its Lighting 2.0 port on both devices, and there’s still no return of the 3.5mm headphone jack on either device. There’s also Bluetooth 5.0 on both but no radio.

The iPhone 13 and 12 mini have the usual 12MP f/1.6 primary rear camera sensor with an additional 12MP f/2.4 ultrawide lens.  Both the devices have dual PDAF, dual led, HDR, and panorama. The iPhone 13 mini cameras have several upgrades, including a neat cinematic mode, photographic styles, and the sensor-shift OIS. Apple also promises a better sensor that captures more light.

Both phones can record [email protected] For the front camera, they both pack a 12MP f/2.2 shooter capable of recording [email protected] They each don’t support expandable storage via SD card. The iPhone 12 mini maxes out at 256GB, but the iPhone 13 mini goes up to 512GB, with the base model starting at 128GB- that’s double the 64GB on the iPhone 12 mini base model. They each have enough power with DDR5 4GB RAM.

About Kelvin
Passionate about design, especially smartphones, gadgets and tablets. Blogging on this site since 2008 and discovering prototypes and trends before bigshot companies sometimes
Xiaomi Redmi K50/ POCO F4 Now Has a Face: Design Rendered by Letsgodigital/HoiINDI   Apple Airpods Tricks You’ll Wish You Knew before Now