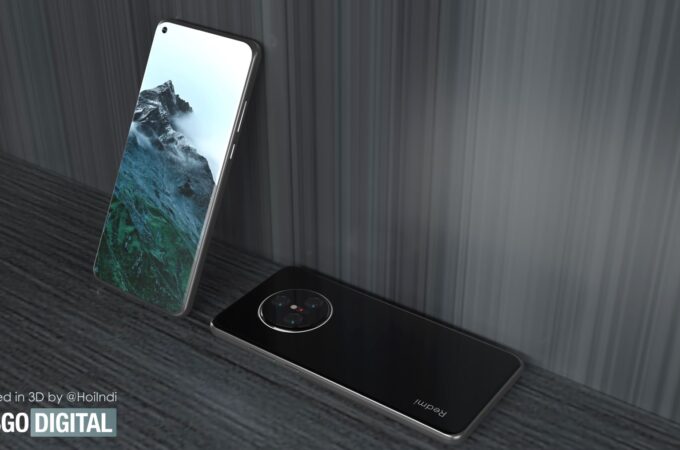 Ever since the first smartphones came out, let’s say 10 or 15 years ago it was clear that nobody was launching flagships in November or December. Even October was off limits, unless you’ve Huawei or OnePlus at times. Xiaomi is also one such company, having recently launched a 11T Pro and soon a Xiaomi 12 in December, or even earlier. A Redmi K50/POCO F4 is also in the cards and it has just been rendered by HoiINDI for Letsgodigital.

Graphic designer HoiINDI has created a concept design based on his own wishes for the new product. The punch hole selfie camera has been moved to the top left and the back camera has also been revised. There’s a round shaped camera island here, with 3 camera sensors, a flash and an AF sensor integrated as well. The Redmi logo can also be found at the back side.

The Power button and volume buttons are on the right side and the bottom also offers space for an USB-C port. Sadly, a 3.5 mm audio jack is nowhere to be seen, usually a sign of solid waterproofing or a slim waistline. I’m getting strong Lumia 1020 and Huawei Mate 30 Pro vibes from the back camera, to be honest, albeit with a different placement of the sensors.

Recent leaks have revealed that the Redmi K50 will have a periscopic zoom camera and turns out we may also get a main 108 megapixel shooter. There will also be a Redmi K50 Pro+, which is even better specced. A Snapdragon 898 CPU should also make the cut, although I knew it was reserved for Xiaomi 12.

What are your expectations for this phone?

About Kelvin
Passionate about design, especially smartphones, gadgets and tablets. Blogging on this site since 2008 and discovering prototypes and trends before bigshot companies sometimes
Here’s How To Find Out Who’s Behind Those Unwanted Calls   Mini but Mighty- iPhone 12 Mini vs 13 Mini