There have been multiple rumors regarding an Apple phablet lately, or better said two versions of the iPhone 6, one with a 4.7 inch display and one with a 5.7 inch screen. Sirkdow has imagined the bigger model and it goes something like this: 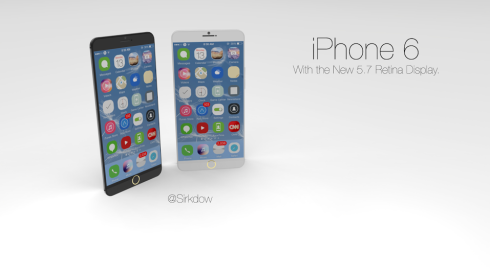 The handset is supposed to be made according to the latest leaks and you should know that behind it is Fabrizio D’Onofrio, who is a developer and designer. The iPhone 6 5.7 incher supports a Full HD resolution and comes with iOS 8, the Apple A8 64 bit processor and 2 GB of RAM. It will have 32, 64 or 128 GB of storage and probably an 8 MP camera with improved features. 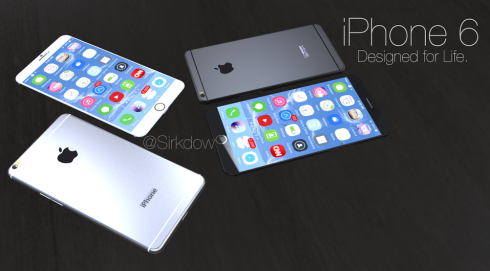 I’m a fan of the slim design of this iPhone phablet mockup, but I don’t quite like the text “iPhone” written on the back of the phone. The camera also feels a bit too separated from the rest of the body and too small. However, seeing how this is a 5.7 inch device, it may actually make sense for it to be that way…