Jermaine Smit has rendered a new Samsung Galaxy Note 4 concept, that’s shown below. He put a lot of hours of work into this device, generating a wide model with a nifty looking S Pen. 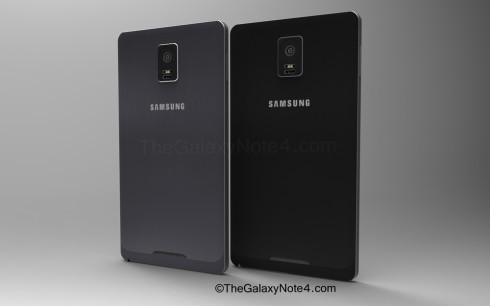 The device is rather wide, making me remember the LG Vu models for some reason. This phablet is expected to debut this fall and borrow some of the specs and design traits of the Galaxy S5, but making the chassis and screen larger. The Galaxy Note 4 integrates an iris scanner, a 5 megapixel front facing camera and a 5.75 inch QHD display. 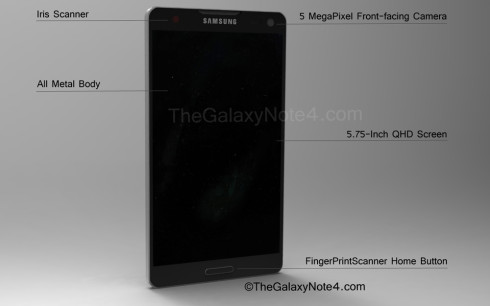 It also integrates a fingerprint scanner in the Home button area, just like in the case of the Galaxy S5. What I like the most about this device is its back side, that has been made elegant in spite of the large width of the phablet. There lies a 20 megapixel ISOCELL camera, a dual LED true tone flash and a heart rate monitor. 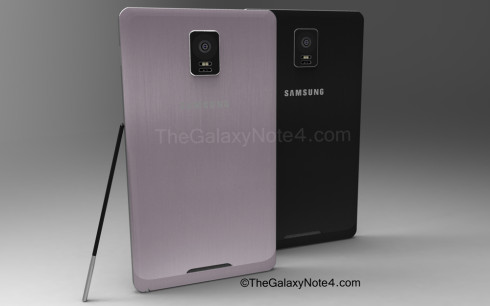 The back also features a sliding and removable metal back cover and at the bottom there’s a JBL 2.9 Watt speaker. This would be the first Galaxy Note with a metal body, that sounds very appealing. 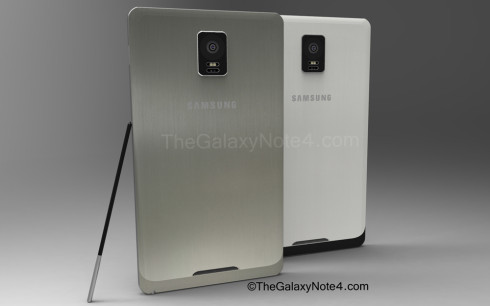