The Samsung Galaxy Note 4 concept shown below is not very impressive, because it’s not groundbreaking in any way, but it’s certainly different from what we’re used to. Following tradition, the Galaxy Note 4 would have to be a bigger Galaxy S5… 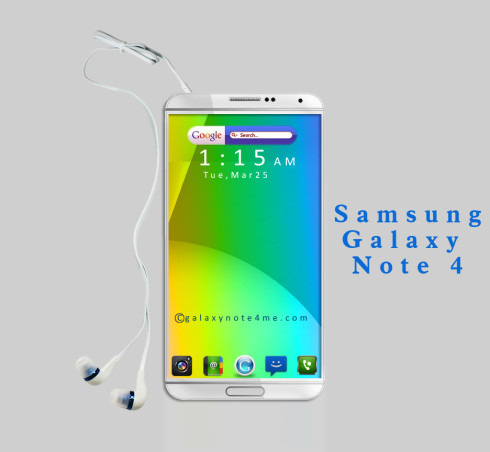 This means we get a more rectangular device with a fingerprint scanner in the Home button and the punctured texture at the back. Obviously, the screen would be bigger than the one of the Galaxy S5 and it may step into 2K territory. We’ll also get new stylus options, since last year’s S Pen didn’t bring a huge update compared to the Galaxy Note 2.

We’ll also get an improved camera, something like a 16 MP shooter or even a better resolution and all the core features of the Galaxy S5’s camera. As far as this render goes, the design actually makes me think of a HTC One Max rather than a Galaxy Note. My desire for the Galaxy Note 4 would be a less rigid Galaxy S5-style physical button, since I played with one recently and found its Home button to be not comfortable at all.

About Kelvin
Passionate about design, especially smartphones, gadgets and tablets. Blogging on this site since 2008 and discovering prototypes and trends before bigshot companies sometimes
iPhone 6 Rendered by Martin Hajek, Inspired by iPod Nano   Samsung Galaxy S6 Design by Dani Yako is Totally Rectangular