The Samsung Galaxy S5 is much less rounded than the Galaxy S4, that’s for sure, but when you look at this Samsung Galaxy S6 concept, you’ll feel that the current generation is very rounded. Dani Yako envisioned the 2015 Galaxy S, with a rectangular design and a few specs that are kept on the realistic side of things. 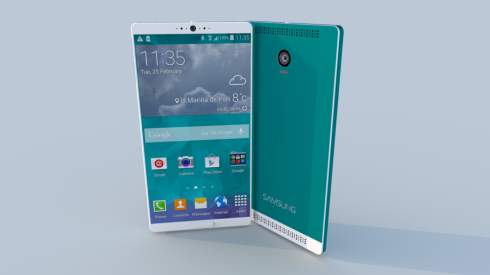 The smartphone runs Android 4.5 and uses an aluminum body with sapphire screen. Galaxy S6 measures 7.2 mm in thickness, weighs 120 grams and packs a 5.5 inch 2560 x 1440 pixel display with IPS LCD panel. Inside the phone we find a Samsung built 64 bit octa core processor, together with the Adreno 330 GPU, 4 GB of RAM and up to 128 GB of storage. 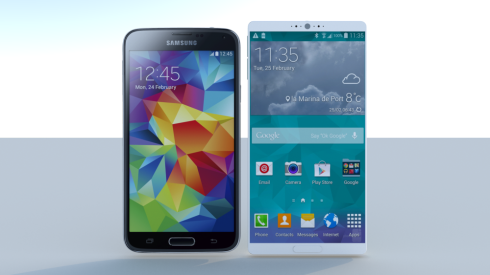 The camera at the back is a 21.5 megapixel unit with F/1.8 aperture, LED flash and BSI. Camera features also include, auto focus, touch to focus, digital image stabilization, exposure compensation, HDR and voice activation. The camera does 2160p 30 FPS video capture and the front camera is an 8 MP unit, just so you know.

As you can see, the screen has very thin edges, so it’s probably an edge to edge unit and the Home button protrudes nicely. The latter aspect is very important, since I played with a Galaxy S5 the other day and the Home button is horribly rigid and too well dug into the front side, so it has to stand out more. 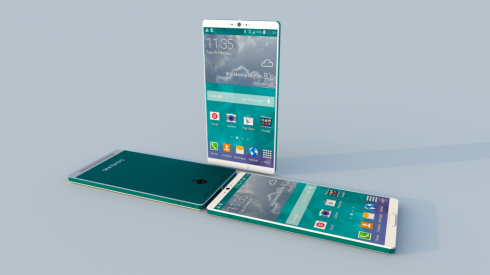 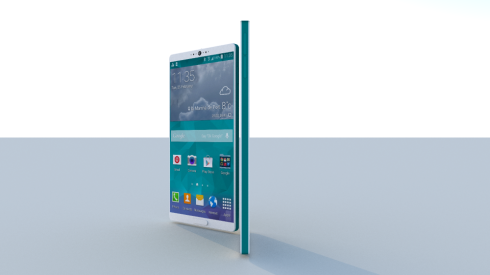 About Kelvin
Passionate about design, especially smartphones, gadgets and tablets. Blogging on this site since 2008 and discovering prototypes and trends before bigshot companies sometimes
Samsung Galaxy Note 4 Gets Rendered, has Slim Bezels   HTC Butterfly Pro Envisioned by Hasan Kaymak