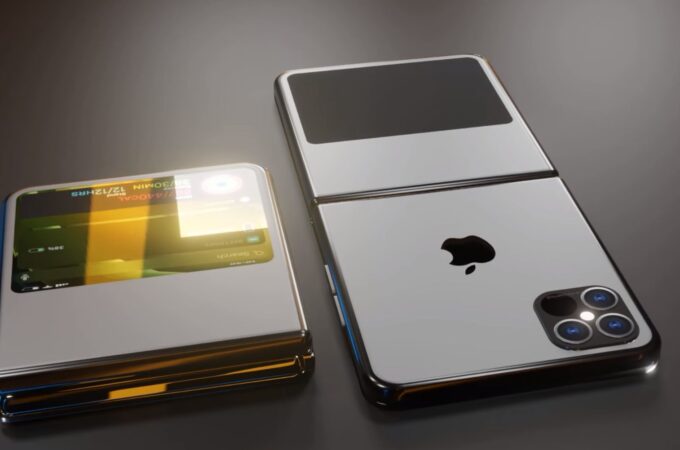 Lately I’ve been hearing more about Apple Glasses rather than Apple foldable phones, but that doesn’t mean designers aren’t churning out their own vision of Apple’s first foldable. One of the sexier ones comes from iOS Beta News and it’s called the iPhone Flip.

If I were to guess if Apple would offer us a Galaxy Fold format or Galaxy Z Flip, I’d somehow go for the latter, given their passion for smaller screens and bringing back compact devices. This is actually a pretty well done concept, which keeps the general iPhone format when the device is opened and leaves no crease visible. The hinge is very much like the Moto RAZR one, rather than the Z Flip. One fo the biggest gripes of the Motorola and Samsung foldables has been solved: we now get a larger external screen.

There’s also a quad back camera, complete with LiDAR sensor and there’s no notch. Instead the selfie camera is cut into a punch hole. The flip mechanism, the hinge looks rather discrete and slim, but it also protrudes a bit from the device’s body. I actually like this format, which is a bit more angular and serious, more mature than the competition. I also see a ton of glass and metal in a very slim smartphone, which sounds like a recipe for disaster if you drop it.

Before Apple makes a foldable phone, it has to solve two problems: the screen protection and the resilient hinge. If you think iPhones are tough to repair now, wait till you see the real iPhone Flip!