This may be the perfect Apple VR concept… (Video) 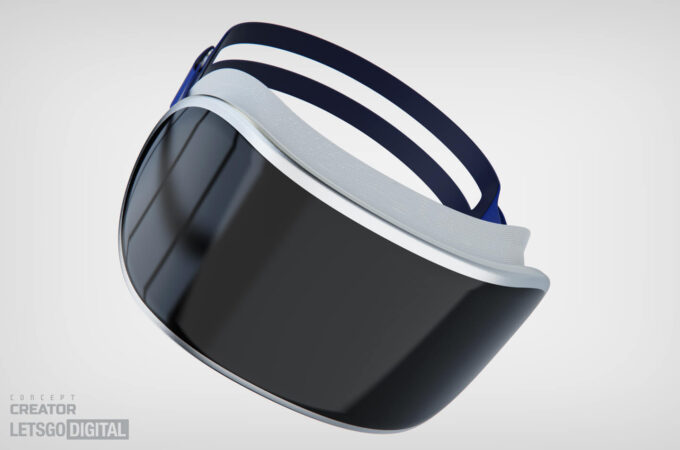 Many people have wondered what comes next after smartphones and the obvious answer is clearly AR and VR headsets. One such headset is the Apple VR, rendered by Concept Creator (Jermaine Smit) for Letsgodigital. He takes all the leaks, patents and details that hit the web till now and delivers a stunning render.

The product is fully based on the leaks coming from Jon Prosser. These is a Mixed Reality headset in development now, a high end standalone headset with multiple cameras for AR and VR applications. Apparently, the Apple VR headset is coming this year, being the first step towards making an Apple AR Glass, coming around 2023. There are sources saying that Apple’s mixed reality headset will feature more than 12 cameras for tracking hand movements and displaying AR images.

What Concept Creator made here is an advanced headset with ultra high resolution 8K displays and advanced eye tracking technology. Apple will most likely opt for a slim and curved visor, that attaches tot he face with an adjustable headband. The headband is interchangeable and the supplied strap will be soft, letting the user wear it for prolonged periods of time without comfort problems.

Apple could use multiple types of materials, just like the straps you buy for smartwatches. There’s a button on top and one on the side of the headset, but it’s not very clear what it’s for. It’s not very clear what their purposes are, but one is definitely the Power button. Analyst Ming-Chi Kuo also reported at some point that the Apple VR headset would have 15 cameras on board for tracking and collecting biometric data.

8 cameras would project images onto the real world and 6 cameras are used for biometrics, while the last camera is used for environmental detection. Apple also wants to put a cooling system on its headset, in order to prevent overheating. There’s also a built in battery and the price thrown around by sources is around $3000. It’s clearly a premium machine for a niche market.

About Kelvin
Passionate about design, especially smartphones, gadgets and tablets. Blogging on this site since 2008 and discovering prototypes and trends before bigshot companies sometimes
7 Top THC-Free CBD Oil to Watch Out For in 2022   Tesla Model Pi Concept Phone May Actually Show Elon Musk’s Vision