BlackBerry Evolve X2 Gets Concept Renders, Could be Legit Cameraphone 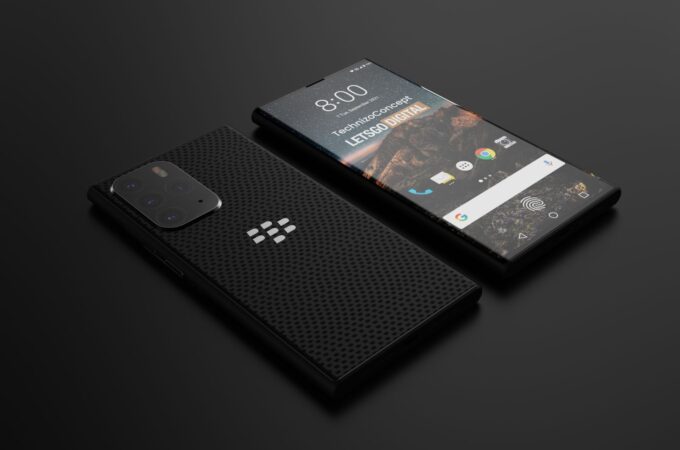 BlackBerry has been put on the backburner for the better part of the past year, after the brand has been ping ponged around from device maker to device maker. Well, it belong to TCL for a while and now it’s part of OnwardMobility, ever since August 2020. Ever since that transaction happened we haven’t seen one new model launched by the company.

That could change soon, since new BlackBerry 5G phones have been teased for a 2021 release. We don’t know much about the new models, but there is some interest regarding them. BlackBerry has had its share of celebrity fans, including artists, sports people and former US President Barack Obama to name a few. Now graphic designer Technizo Concept is back with a concept dubbed BlackBerry Evolve X2, a concept smartphone published on the website Letsgodigital.

It’s one of the few times when we get to see a cameraphone branded BlackBerry. Inspired by the BlackBerry Evolve X launched in August 2018, the device also gets a trailer, which you can see below. We get a full screen design upfront, with reduced bezels at the top and bottom, actually more than halved compared to the predecessor. The back side sports the typical carbon fiber imitation pattern.

There’s a 32 MP selfie shooter in a punch hole and a 3.5 mm audio jack is placed at the top. The BlackBerry Evolve X2 packs an in display fingerprint sensor and keeps and rectangular format with curved sides. On the back side we find the most powerful camera BlackBerry has ever had. It’s a quad camera with a 108 megapixel main shooter. There were rumors earlier this year that BlackBerry was looking at using the Samsung 108 MP image sensor found on the Galaxy S21 Ultra and this may just be it.

We also expect an ultrawide camera, probably a 16 MP one, a telephoto shooter, at least 8 MP if not more with 3X optical zoom, plus a Bokeh or Macro camera. Samsung Knox may take care of security, but I doubt Samsung would provide BlackBerry with this tech. The Evolve X had a 4000 mAh battery which doesn’t cut it nowadays, so we’re probably getting a 5000 mAh unit. 5G connectivity is also here, but what’s lacking is a physical keyboard.

Would you buy this phone?