iPhone 14 Pro Already Rendered Ahead of iPhone 13 Debut; No Notch! 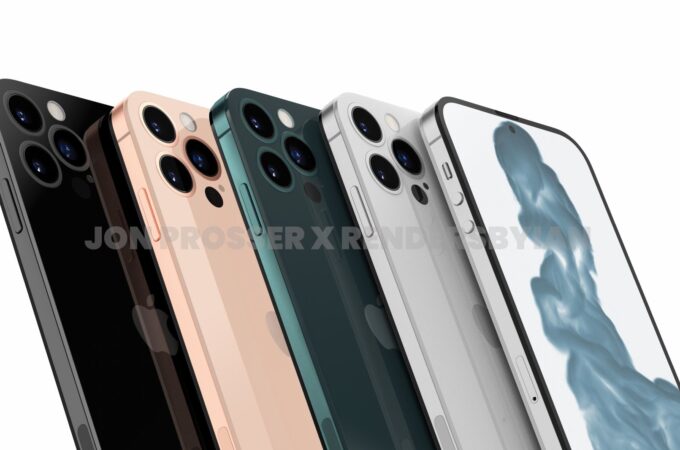 Apple confirmed this week that it was going to hold an event on September 14th, most likely associated with the iPhone 13. Since we know pretty much everything about the device via leaks, it’s time to look further into the future, to the iPhone 14. Luckily we have leakster Jon Prosser on the case, combining forces with Front Page Tech and designer RendersbyIan, in order to create concept renders of the new devices. You can see the result below.

There are 3 things you’ll notice immediately: there’s no notch, replaced by a punch hole, the back camera is flat, no protrusion and we also have rounded volume buttons like the iPhone 4 ones. The device shown here is said to be the iPhone 14 Pro, others say it’s the 6.7 inch iPhone 14 Pro Max. Since we don’t have a notch here, we only get a punch hole for the selfie camera, which has us wondering about Face ID.

It’s either hidden below the screen or replaced with Touch ID, available via a sensor below the screen panel or a side button. The back camera lying flush with the surface clearly shows there’s no periscope camera ambitions here. The thickness of the device may increase in order to make this happen. The frame is supposedly made of titanium and the volume buttons are rounded as a tribute to the iPhone 4 and 5.

Speaker and microphone holes have been redesigned with a slim mesh cutout instead of the tiny holes at the bottom. The Lightning port lives to die another day, as there’s no USB-C here. We’re also hearing talks about a main 48 MP camera with pixel binning for 12 MP shots. Sources say that the iPhone 14 Pro will have a 6.06 inch screen, while the iPhone 14 Pro Max has a 6.68 inch panel. The Mini version may be axed.

LTPS panels and refresh rates going from 1 HZ to 120 Hz are in the cards too.

via Jon Prosser/ Renders by Ian

About Kelvin
Passionate about design, especially smartphones, gadgets and tablets. Blogging on this site since 2008 and discovering prototypes and trends before bigshot companies sometimes
The Best Mobile Game Genres of 2021   BlackBerry Evolve X2 Gets Concept Renders, Could be Legit Cameraphone