BlackBerry Key 3 5G Gets a Brand New Shot, In This Concept 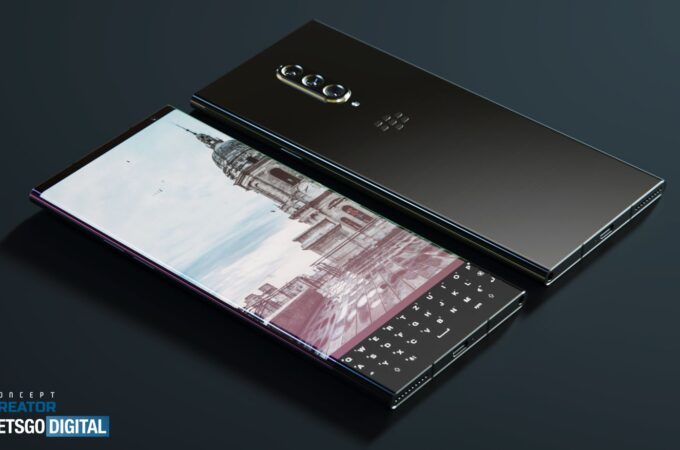 BlackBerry seems like a relic from the past right now, but there’s still some life left in that corpse of a brand. Letsgodigital and designer Concept Creator are trying to resurrect it, through the brand new BlackBerry Key 3 5G concept phone, shown below. It combines the famous physical keyboard with 5G connectivity and an edge to edge screen.

Last we heard, the BlackBerry brand was sold by TCl towards the OnwardMobility company. There have been teasers and leaks, including the promise of a 5G BlackBerry with physical keyboard from Nikkei Asia’s sources. That’s where designer Jermaine Smit/ Concept Creator comes in, sharing his vision for the BlackBerry Key 3 5G. The successor to the BlackBerry Key 2 from 2018 comes with a triple back camera in an old school vertical and centered module. The device is very long, also rather narrow and has physical keyboard below the screen.

I feel that a sliding keyboard would work better here, since the current one makes the device appear too long for its own good. It’s also an atypical keyboard, a combo of physical and tactile, the best of both worlds. There are gold/green accents here to make the device classier and Android 11 is on board with BBM of course and extra security. Bezels are very narrow and the back side has a carbon fiber-like texture. Rumor has it that the product could debut between now and the middle of July.

I feel this format could actually work, provided that the device doesn’t end up top heavy and users drop it while typing. I’d still prefer a slider.

About Kelvin
Passionate about design, especially smartphones, gadgets and tablets. Blogging on this site since 2008 and discovering prototypes and trends before bigshot companies sometimes
Four best smartphones for students while being in college   TCL Unveils Fold ‘n Roll: Foldable Phone That’s also Rollable and Becomes a Tablet