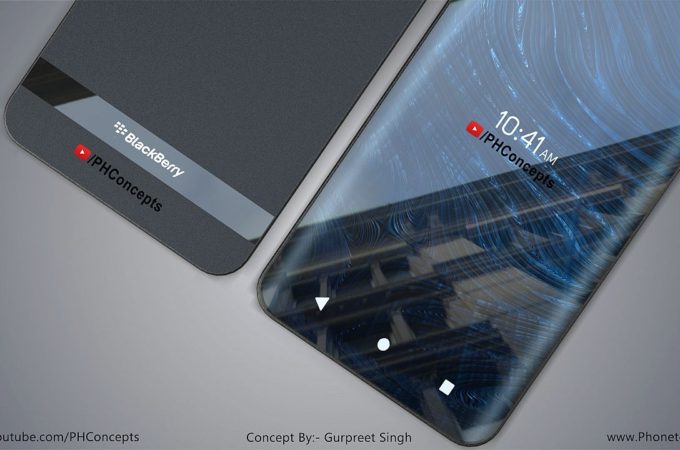 We keep seeing Samsung and iPhone concepts, but what about BlackBerry? They may be owned by TCL, but they’re still doing their thing, somewhat. It may be time for them to get a more modern design, more in tune with requirements and that’s exactly what designer Gurpreet Singh proposes in the concept below: BlackBerry XL. 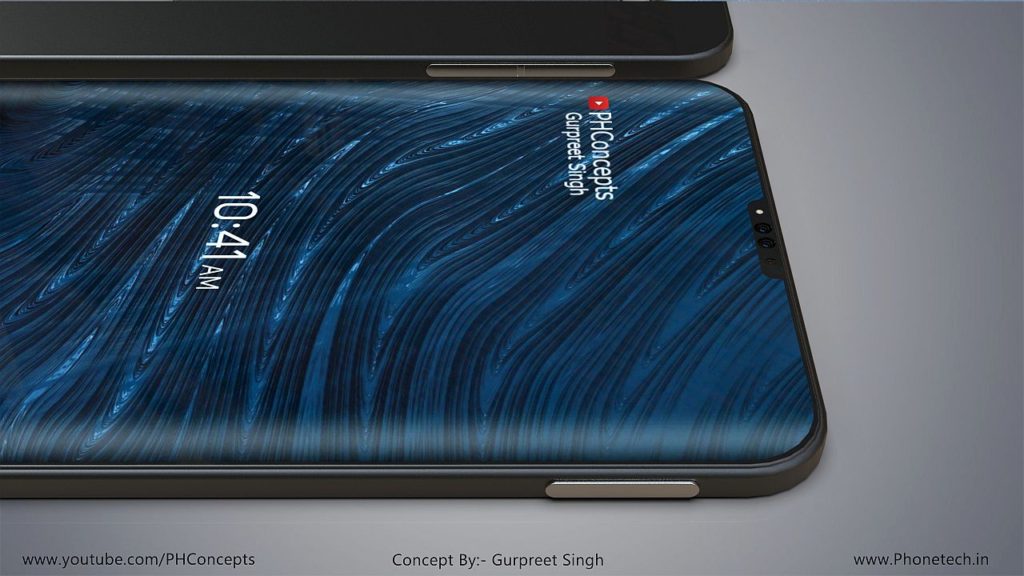 Up until now BlackBerry phones have had pretty small screens, but this one is all screen. The designer calls it an “Ultra Infinity Curved Display”. It’s supposed to take the Infinity Display of the Galaxy S8 and S9 and make it even more immersive and bezel-less. I can see no trace of bezel on the sides, or at the top and bottom. It’s also a very slim phone, with a minimalistic camera and a metal body.

The standard gray and black combo, typical for BlackBerry makes the cut. The curved sides are a bit too much and too curved to make sense. You’re wasting screen space basically with even, even if shortcuts are shown there. Still, visually it’s a striking approach. A small notch is kinda here, with the earpiece, sensors and front camera, but it’s so narrow that it won’t bother anybody.

I like the band associated to the back camera to be honest, feeling a bit like a Nexus or Pixel phone. Not bad overall and this would also work as a Galaxy Note 9 concept. 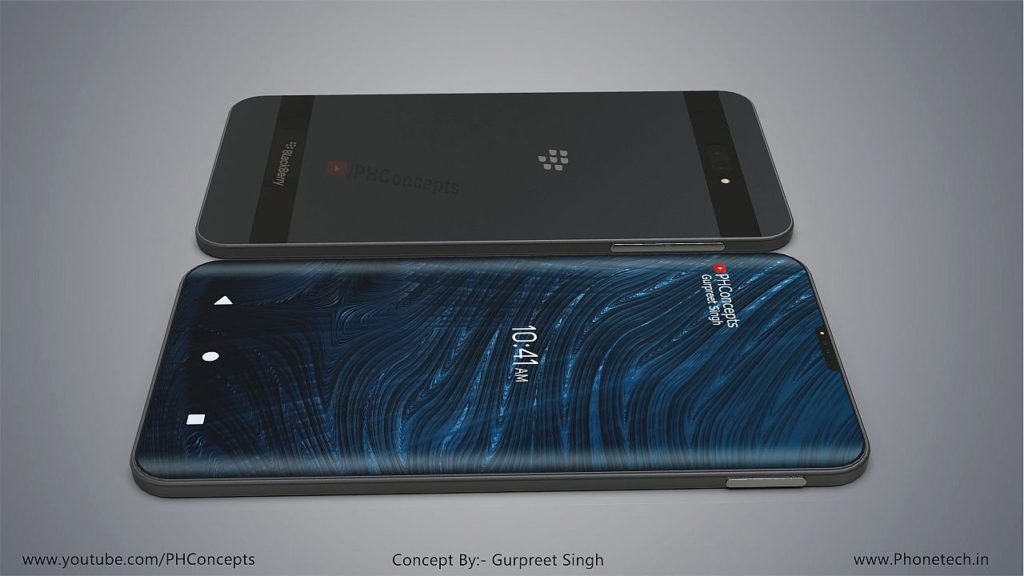 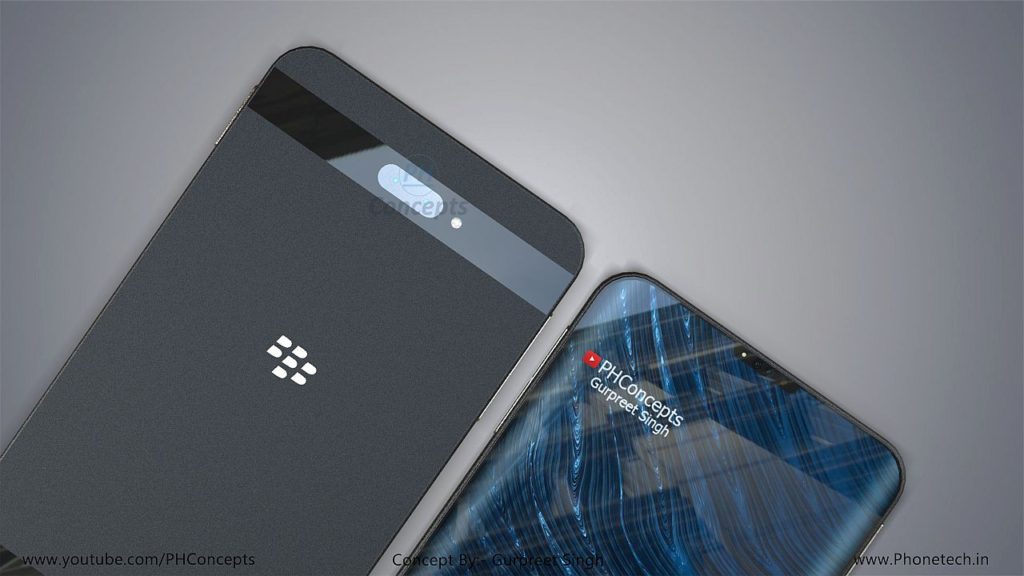 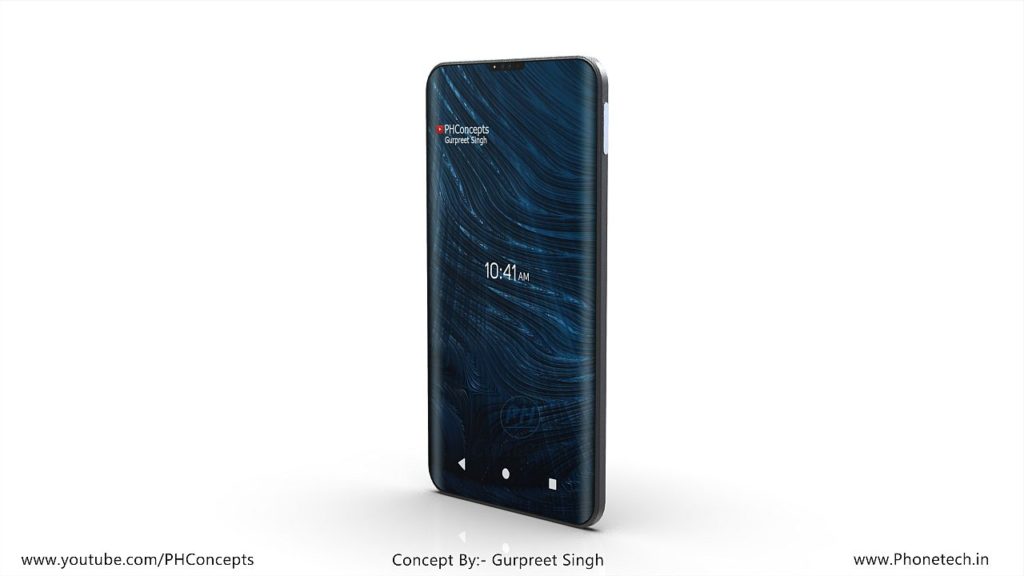 About Kelvin
Passionate about design, especially smartphones, gadgets and tablets. Blogging on this site since 2008 and discovering prototypes and trends before bigshot companies sometimes
iPhone 100 has a Special Shock Absorbing Material (Video)   iPhone X Blush Gold is Happening, At Least in Render Form