Ancel Lim has sent us an entire series of his concept phones, some models with Android and some with Windows Phone. They are part of a collection called the 2014 Arvo Series and today we only focus on the Windows Phone model below. 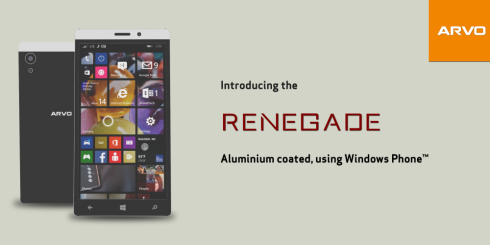 The model you see here is the Arvo Renegade, while the Raptor and Zeon will be revealed in the future. Ancel Lim wants his smartphone concepts to rival the devices made by Jermaine Smit, under the Hold JS branding and also flagships like the Samsung Galaxy S5, Sony Xperia Z2 and HTC One M8, plus the LG G3. The Arvo Renegade manages to be a Windows Phone handset that doesn’t copy a Lumia, which is high praise nowadays. 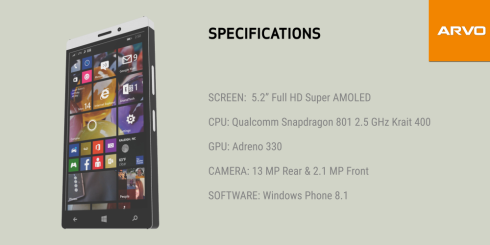 This is an aluminum coated device, with a squared design and some high end specs. The handset features a 5.2 inch Super AMOLED Full HD display, a Qualcomm Snapdragon 801 processor, an Adrneo 330 GPU and a 13 megapixel rear camera, plus a 2.1 MP front shooter. The device runs Windows Phone 8.1 and doesn’t seem to feature a camera button, which is OK, because WP 8.1 made this requirement optional.

What do you think of this render? 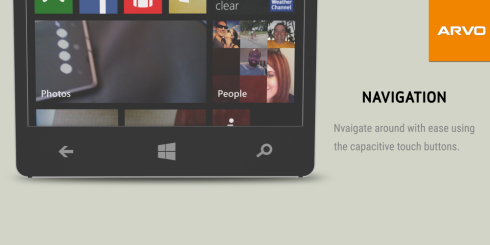 About Kelvin
Passionate about design, especially smartphones, gadgets and tablets. Blogging on this site since 2008 and discovering prototypes and trends before bigshot companies sometimes
Alex Diaconu Imagines the Perfect Nokia Lumia   DUO X Concept Phone Takes a Bit of HTC, LG and Oppo