At some point during the iPhone 2 concept mania we saw a design that featured 2 touch-sensitive displays. Some were puzzled by that contraption and now we’ll be even more stunned by the Au Actface concept phone from KDDI, with 3 touchscreen LCDs to play with. No word on its features, but the device does feature a camera… 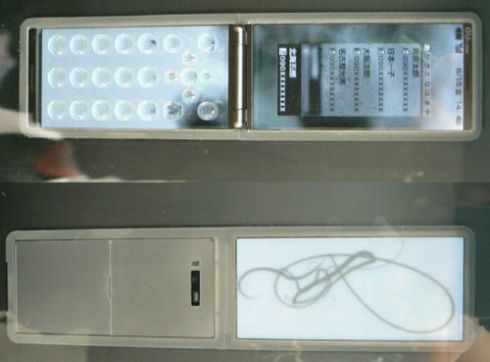 I can’t imagine any practical use for that third screen, except for a fingerprint magnet or maybe a revolutionary way for two people standing on the opposite side of the device to watch videos. There’s still a neat flowing interface to check out in action in the video below, if you’re interested, but I guess that it’s some sort of screensaver we’re dealing with: