I had no idea that Bang & Olufsen actually had a phone out there called Serenata and it seems that Deviantart user ibolzkurikato is unhappy with that model and wants to change it. He envisioned the Serenata II concept, running Android 4.0, packing 3 capacitive buttons below the screen and a very rounded format. 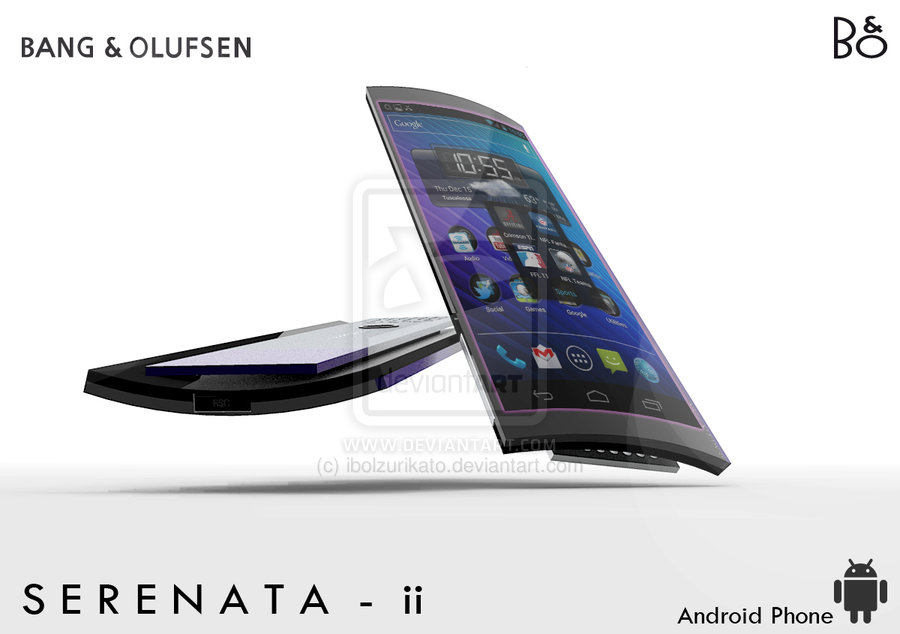 The device is actually a rounded piece of material and underneath that there’s a smaller plaque that probably holds the camera and some serious audio technology from B & O. I like this design very much and if I’m not mistaking, it has transparent edges, that could offer some nice light effects like the new Xperia model announced at MWC. Anyway the phone seems pretty thin, so maybe it’s around 7 or 8mm thick. Add to that an 8 megapixel camera, 32GB of storage, some special music service, an ubercool equalizer and tremendous Bang & Olufsen speakers and you’ve got a hit.

We often see fashion phones here at Concept Phones, sometimes eco-friendly phones, other times handsets for people with impairments, but what about music phones? And I don’t mean those poor Walkman models from last year or the Beats Audio HTC units…