The lovely folks of Crackberry have a Dream BlackBerry section, just like mynokiablog have the My Dream Nokia area. They have been our inspiration for a while and we thank them! Straight from Crackberry comes the latest BlackBerry concept phone, the BlackBerry TK Victory, created by DigitalHomeBoy. Here’s the fresh render: 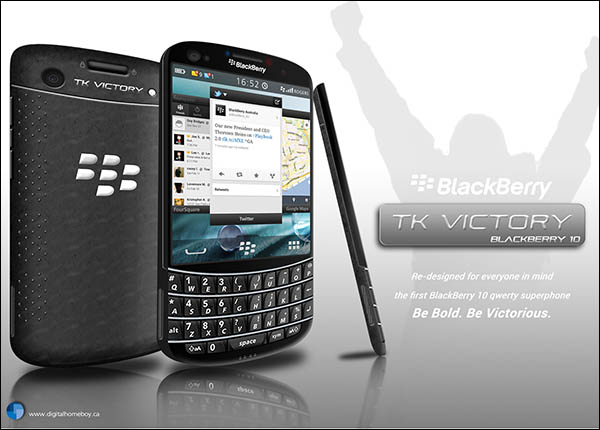 This is a BlackBerry 10 OS device with a swipe-able bezel on the touchscreen, 32GB of storage and protection of the screen provided by Lotus Glass by Corning. This BlackBerry 10-powered smartphone features a 3.5 inch display with QDEF technology, software keys instead of physical ones and a swipe bezel on all four sides. The handset measures 8.5mm in thickness and weighs 130 grams, while under the hood lies a quad core Tegra 3 processor with 2 GHz frequency. We also find 2GB of iRAM (independent RAM) on the Victory TK BlackBerry, plus LED notifications and a front 8MP camera for Skype calling.

At the back there’s a 12 megapixel shooter with Carl Zeiss optics, autofocus, dual LED xenon flash and support for 1080p video capture at 30 fps and 5x lossless zoom. The camera supports video stabilization, and simultaneous HD video and image recording. BlackBerry TK Victory even gets that nano SIM technology that everyone is talking about, as well as LTE, DLNA and NFC. Powering all of that up is a 1950 mAh Li-Ion battery. Is this the perfect BlackBerry concept or what? 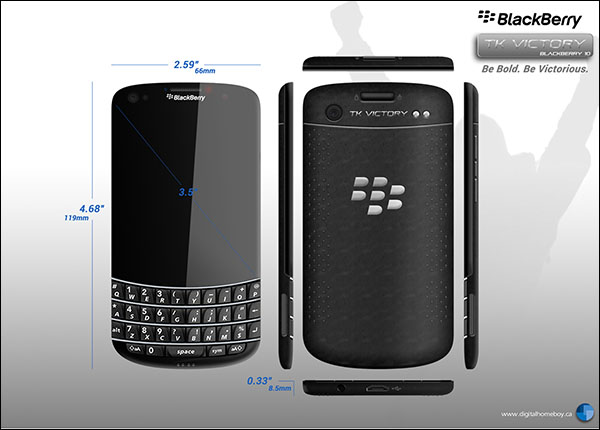 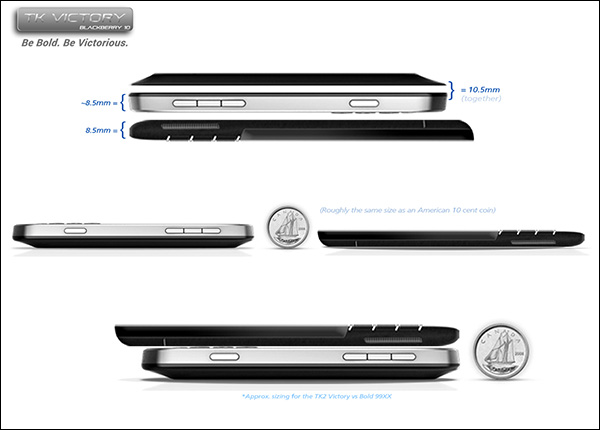