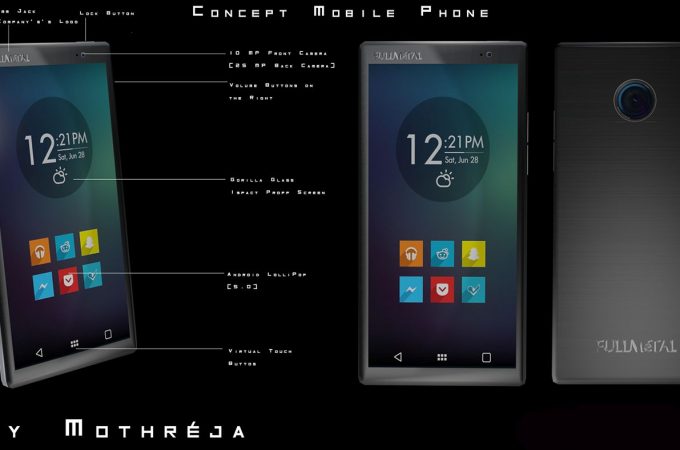 Today’s concept phone is created by Jay Mothreja and it’s a rather generic-looking affair, with the only points of interest being the main camera and the UI. Created using Autodesk Maya, the device looks like this. 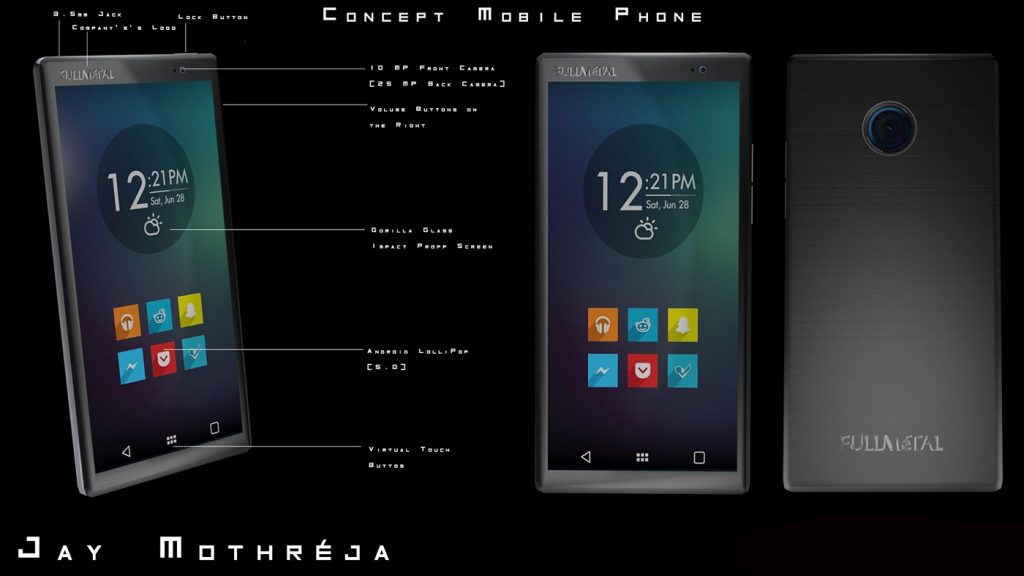 It has Gorilla Glass protection, a 10 megapixel front camera and a 25 megapixel main cam. Android Lollipop seems to adopt a fresh UI, according to the designer, with an experience that reminds me of the Remix OS a bit. Now it’s time for some speculation. I speculate that the device has a metal shell and that the camera brings a ring of LED flashes, otherwise there’s no way of integrating the flash on board.

Virtual touch buttons are included as part of the UI and the whole body seems to be quite massive by current standards. Bezels are also quite big. I’d see this phone as maybe a Motorola Moto G rival or something superior to it, below the Moto Z. At least it has an audio jack…

About Kelvin
Passionate about design, especially smartphones, gadgets and tablets. Blogging on this site since 2008 and discovering prototypes and trends before bigshot companies sometimes
Dual Screen Smartphone Concept May Well be a Prediction for the YotaPhone 4   ZTE Nubia Bezel-Free Concept Phone Gets Rendered, Looking Very Pretty