Social networking-oriented phones are all the rage now, in this age of connectivity, so Shane Crozier’s concept is pretty appealing, if you ask me. Dubbed the Elite Phone or simply 31337 (Elite), this handset is able to connect to Facebook and Twitter, filling its address book with the contacts in your social networking list.

Don’t expect the device to be anything special, since its features are pretty predictable, stuff like a camera, a speakerphone, music/video player and Internet features. The control system is minimal, relying on a 2 button/ 2 dial interface, with a scrolling UI that provides feedback.

Last, we learn that Shane Crozier’s concept phone measures 85mm in height and 15mm in diameter. 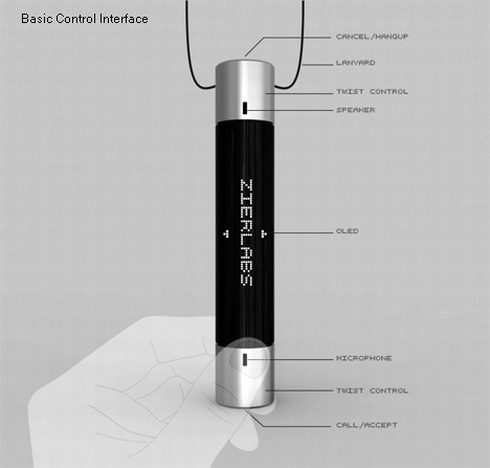