After an avalanche of rectangular and boring handsets, we’re finally getting some innovative designs, that we found on the Coroflot page of designer Yong Hwan Kwon, of Rochester, New York. His designs and very elaborate and original, but today we’ll only deal with two of them. 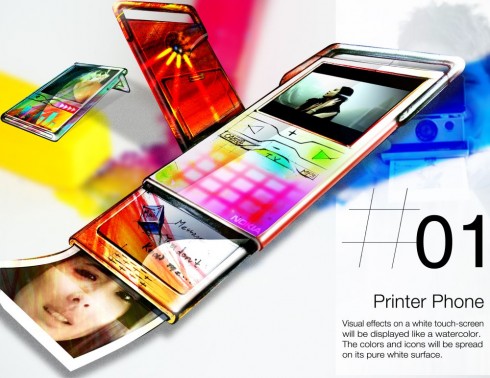 The first is the one shown above, the Printer Phone, that looks a bit like an MP3 player, is very thin and for some reason it’s Nokia branded. The phone is able to print stuff up from its lower part, in a way that may feel a bit like a Polaroid picture being taken. I like the form factor of the device with curved edges and very thin body, plus an extendable lower side.

Also, nice handle at the top. Then comes the Projector Phone shown below, that also looks like a media player or maybe a Sony Ericsson unit from back in the days. This one gets a sort of thumbstick in the middle, directional buttons and a projector incorporated on the side, that will project a virtual keyboard. How cool are these? 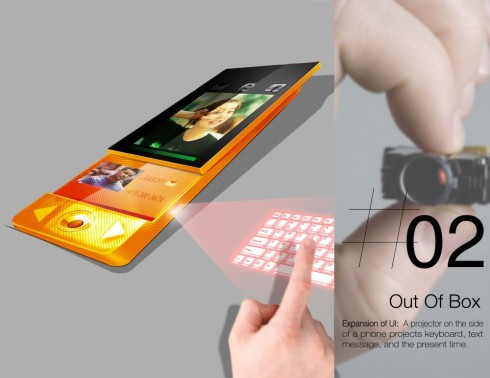 About Thrystan
Samsung Galaxy S5: What do You Want to See in 2014? (Video)   Sony Xperia Nexus With Key Lime Pie has a Polycarbonate Body