Firefox Phone Gets Rendered, is Small and Focused on its Lanyard

It’s rare nowadays that one gets excited by a lower end device and starts liking specs like a lanyard or some other basic feature. But in the case of this Firefox Phone created by Jonas Daehnert, even the small details matter. 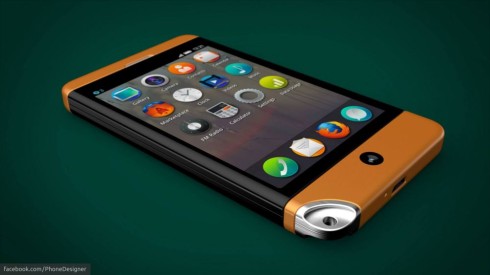 Firefox OS is a simple platform and the handsets it runs on are very basic, with lower end specs. The Firefox Phone concept you see here has some sort of Home button or trackpad below the display and also at the bottom you can find the microphone and microUSB port. Then there’s that lanyard in the lower corner, that looks pretty hot.

The upper side of the device makes me think a bit about the BlackBerry Z10 and that’s a compliment for the render. The lens of the camera is huge for the body of the phone, but we are dealing with a device that should be about as small as a HTC ChaCha, or even smaller, judging by its comparison with an iPhone.

This is the kind of device that gets priced at $100 and sells impressive volumes in developing countries.