And here’s Bob Freking again, this time with a triple boot phone that runs iOS, Android and Windows Phone. This is supposed to be a quad core handset with 2GB of RAM and lots of storage. It also has a common Home button, something present on all the modern smartphones, no matter if they run Android, iOS or WP 7. 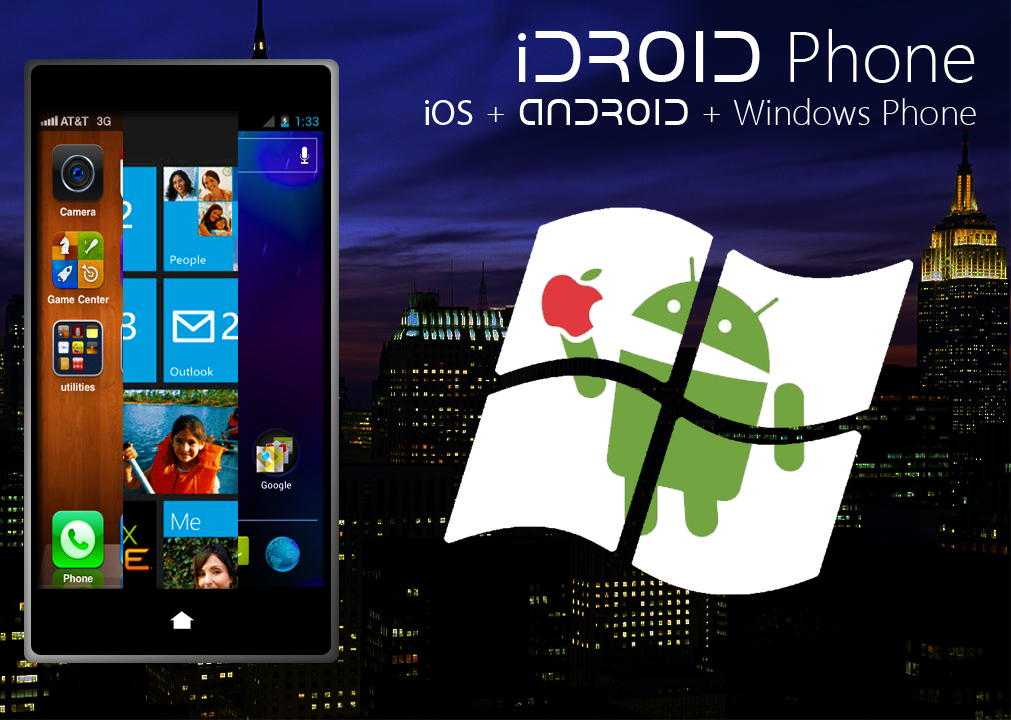 The search buttons were eliminated since they were considered unnecessary and the menu button in Android was also considered optional, while the Back button is replaced by an action that involves swiping your finger through the Home button. To me the design of this phone looks a bit like a combo between the Samsung Omnia 7 and the Nokia Lumia 900, if you want, with a hint of Galaxy S II. Of course, it will never happen, since Microsoft, Google and Apple will never agree to have their operating systems placed on a single device.

Imagine the port work, corrupted files, errors and problems that this device would encounter… Well, at least on the latest BlackBerry tablets you can run Android apps, so in the future BB OS and Android may become one… I’d certainly like all Lumia phones to offer Android as second boot option.