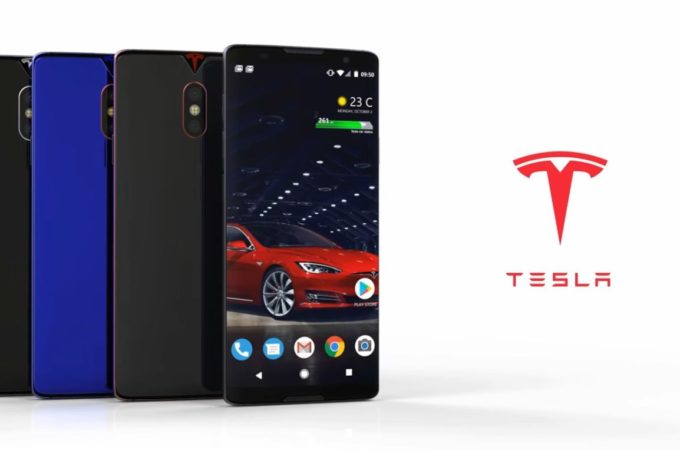 Missed the renders that Concept Creator usually does? Well, he’s back in full force, with the Tesla Phone. Since Tesla already sells branded gadgets like an external battery, why not also a smartphone? Let’s have a look! 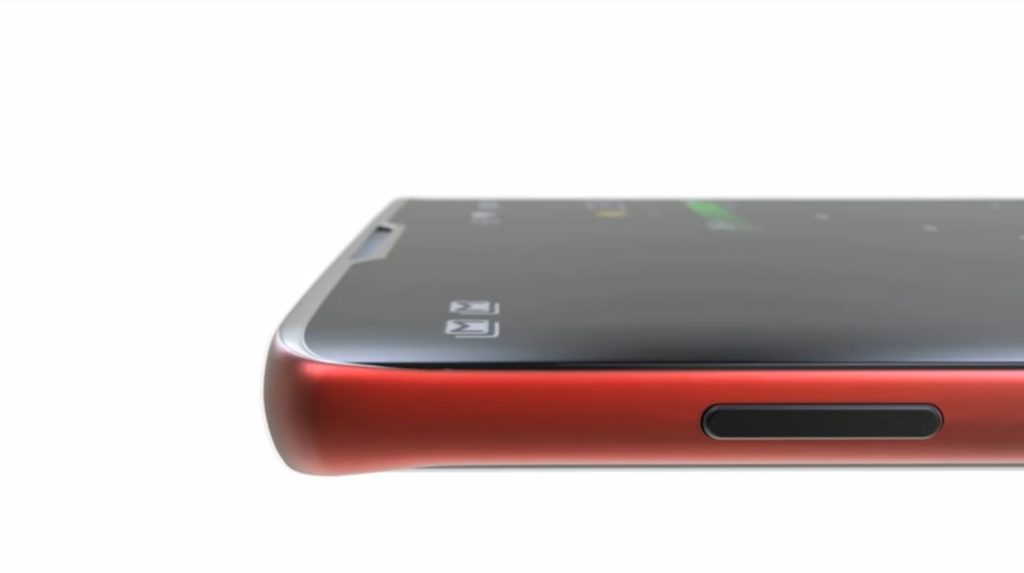 The core design and format feel like the Galaxy S8 a bit, but with a trademark “V” shaped area at the back, where the Tesla logo sits. The screen is gently curved to the sides, but somehow in a way that’s unlike the Galaxy S7 Edge, Note 8 or s8. There are dual slits/cutouts upfront for the speakers and there’s something about this phone that screams “gaming” to me. 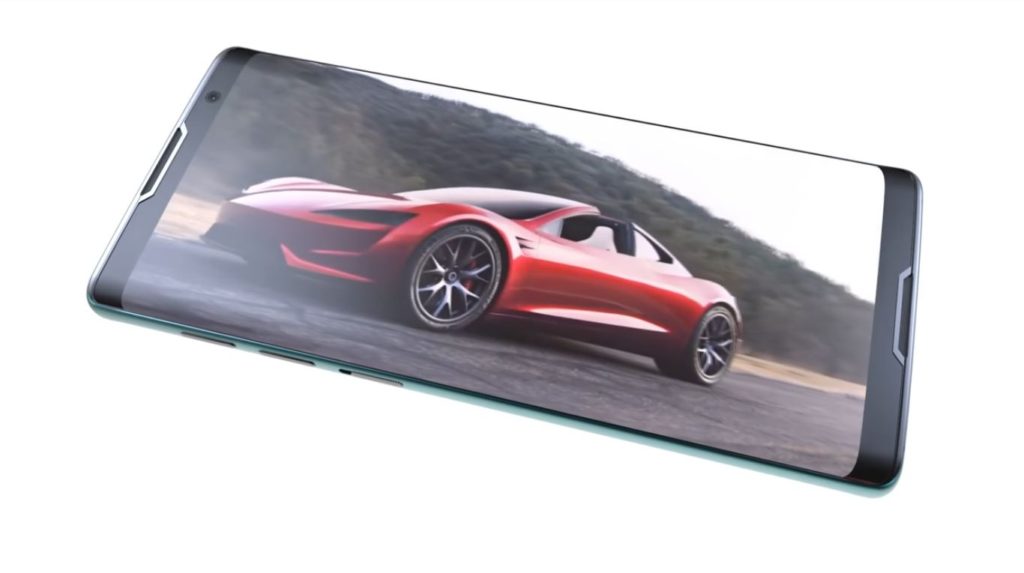 The screen’s bezels are narrow and the color versions are metallic blue, metallic green, metallic red and so forth. There’s a dual back camera here and I would be amazed if this phone didn’t somehow fit within a Tesla car’s dashboard. If you ask me to name a company that would make such a phone, aside from Tesla, it would have to be OnePlus, since that’s the feel I’m getting here.

I’m pretty sure Elon Musk would dig this design. Hopefully it also charges via solar power and has a kickass battery. 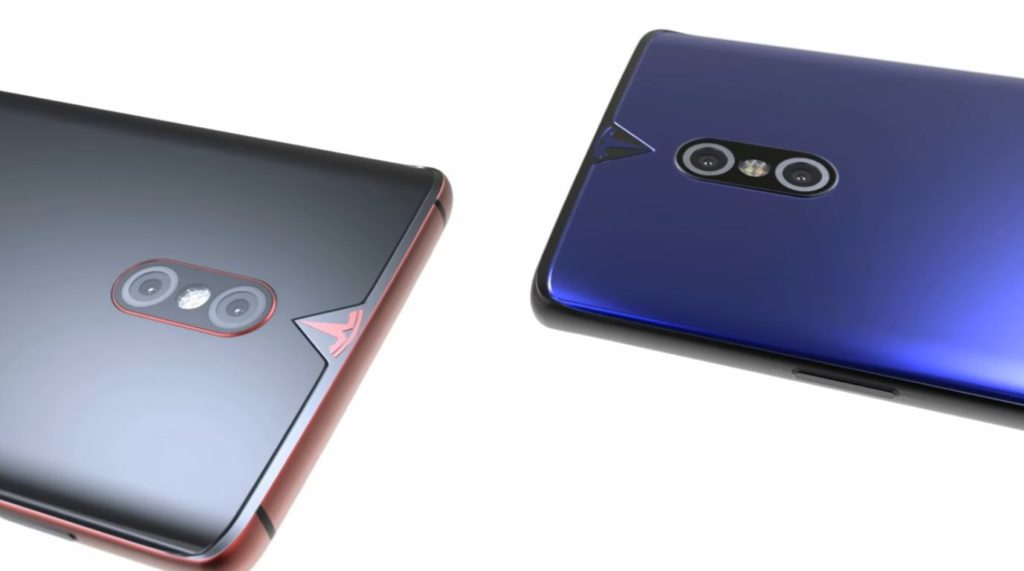 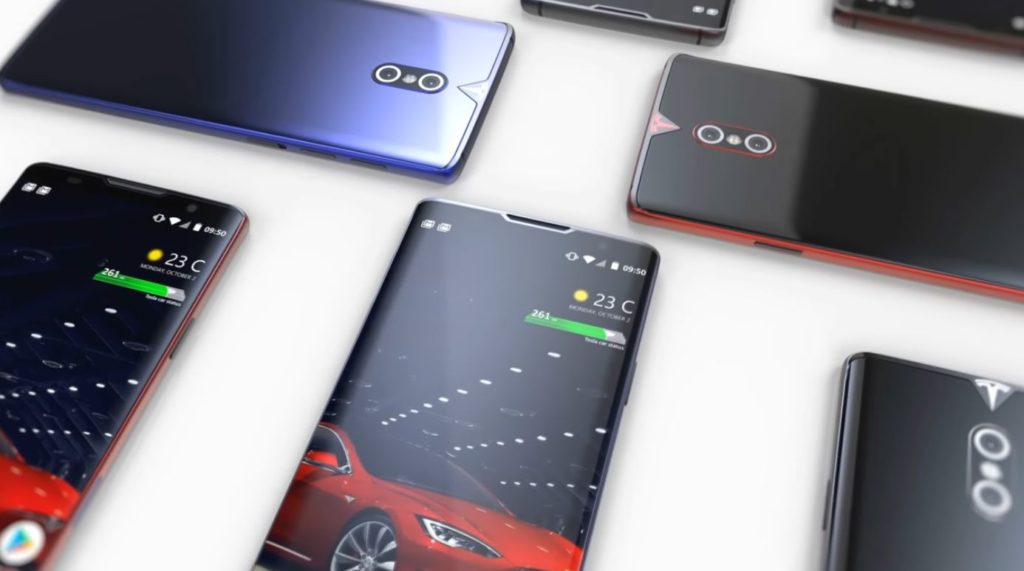 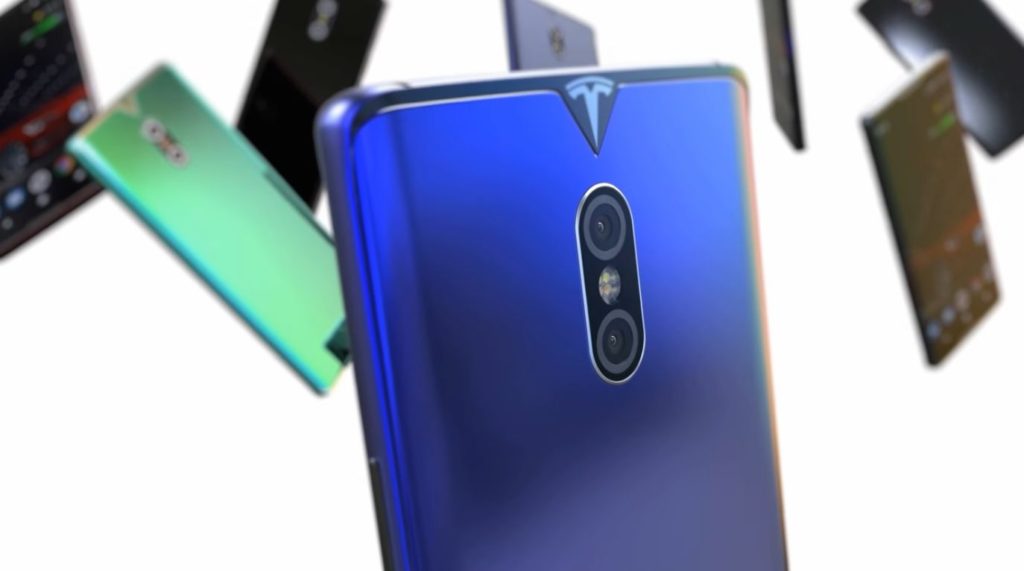 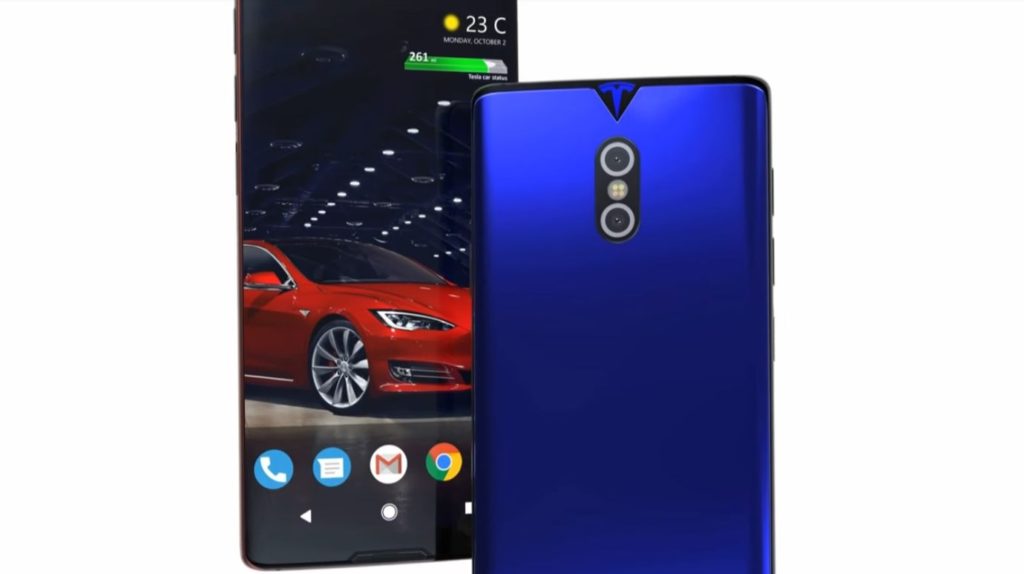 About Kelvin
Passionate about design, especially smartphones, gadgets and tablets. Blogging on this site since 2008 and discovering prototypes and trends before bigshot companies sometimes
Microsoft Surface Note Gets Alcantara and 5.7 inch PixelSense Infinity Display   Curved/Labs Presents: iPhone X Plus and iPhone XS (Video)