Deviantart member Alessio94x came up with an Ubuntu Phone concept dubbed the UPhone, a very simple and user-friendly design. Right now, Ubuntu Mobile is running on the Galaxy Nexus and other Nexus devices, without getting its very own hardware. Who knows what may happen in the future? 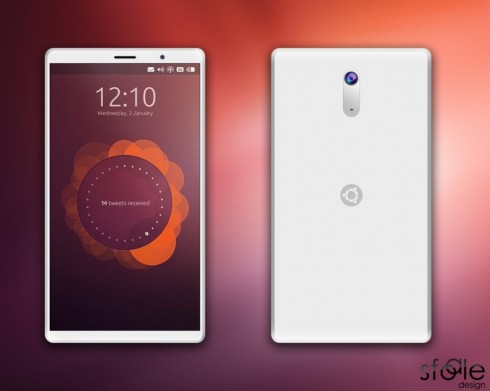 Ubuntu Touch for Mobile may not be as demanding as Android and basically it should run on any modern Android device, since they are both based on core Linux technology. I also suppose we could get Ubuntu running on Windows Phone devices, the more recent ones. The UPhone Ubuntu smartphone is a white slab of what seems to be polycarbonate or some other plasticky material.

It’s very thin and smooth and seems to have a soft touch back. The display is somewhere around 4.65 inches, if I were to speculate and the device also comes with an 8 megapixel camera and a HD resolution. There are no capacitive buttons here, since the concept of the interface is different compared to Android and we don’t need a Back, Home and Menu button. One may say that this model looks a bit like the Galaxy Note, but it’s not quite so.. 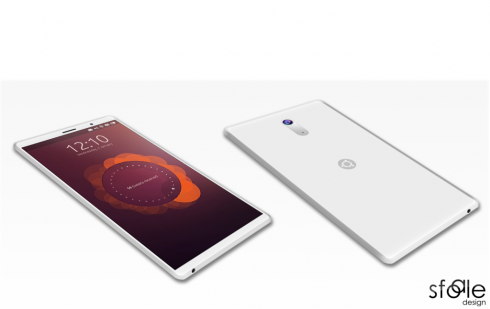