With all this MWC 2013 craziness around us, people forgot that next month, on March 14th the Samsung Galaxy S IV smartphone will be launched. Well, it’s been a while since we’ve seen a concept of this device, so let’s check out this new one, from Daniel Oudam Uy. 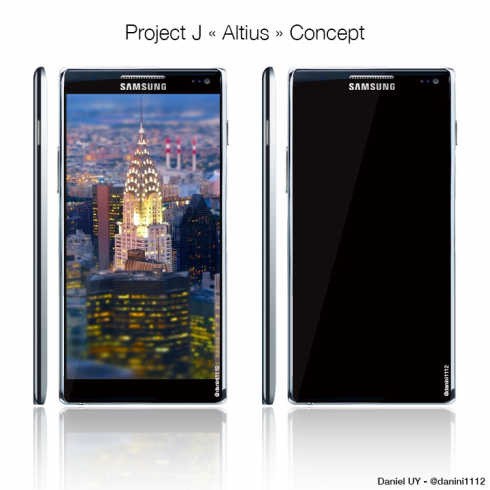 He imagined the Samsung Galaxy S IV with the Project Altius codename, as shown in the picture. The device features a 4.99 inch Super AMOLED screen and an Exynos Octa 5410 1.9 GHz processor, that will be replaced with a Snapdragon 600 for USA and other regions. There’s also WiFi on board, 5G connectivity and floating touch technology.

The Samsung Galaxy S IV will be available in 16, 32 and 64 GB versions and at the back it will have a 13 megapixel camera. From what I can see, the device adopts an almost edge to edge design, with a very thin profile and mostly metallic case. The design is also more retangular than rounded, unlike the Galaxy S III.