Looking for a phone that comes with Windows Phone 8 Blue preinstalled? We’ve got it here, in concept phase! Meet the Nokia Lumia 1008 aka the Nokia Catwalk, that was rumored before MWC 2013. This render was created by Edgar Mkrtchyan, who never fails to amaze us with his Nokia concept smartphones. 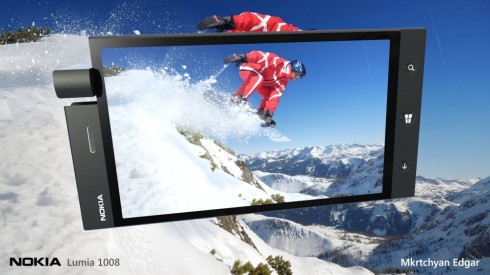 This is a slightly curved phone with an upper side that has a piece serving as a rotating camera. This model has crazy good specs and it’s truly a high end flagship phone. It runs Windows Phone 8 Blue and relies on a Snapdragon 600 1.6 GHz CPU and there’s also an Adreno 320 GPU in the mix. To that we add 2 GB of RAM and moving to the design a bit, the top and bottom of the phone used anodised aluminum, while the rear hull is made of polycarbonate. 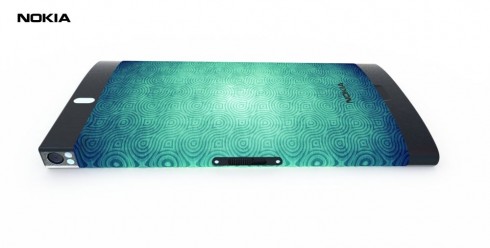 Nokia Catwalk uses a 4.5 Inch PureMotion HD+ ClearBlack display, with Gorilla Glass 3 protection. Finally, that rotating camera at the top involves a 38 megapixel sensor, with Pureview technology, 3X optical zoom and double LED flash, plus Xenon flash. Other specs include 32 GB of storage, a microSD card slot and a 3200 mAh battery. You can charge the device by induction and it also comes with a micro HDMI port.

The interesting part is the area of Windows Phone buttons, so well embedded and discrete… Also, you should know that the changeable back cover of the phone can be made with a 3D printer.