Mohammad Mahdi Azimi has become a regular on our site, since the designer has created quite a few interesting designs lately. The latest work involves the HTC One Tab, a slate inspired by the HTC One phone, announced exactly one week ago. 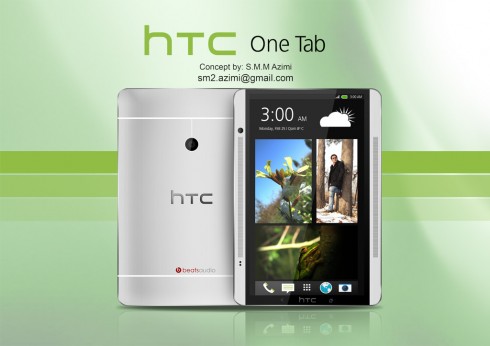 It reminds me a bit of the proportion of the HTC Flyer, but the back is totally HTC One, with Beats Audio also on board. As you can see, the two BoomSound speakers from the top and bottom of the handset have been moved to the sides of the tablet, but you can also see them as on the top/bottom, if you hold the tablet in landscape mode, which you probably will.

There’s also a front camera here, a main back camera without flash, that’s probably a 5 or 8 MP unit. I expect a kickass audio experience out of this model and the Snapdragon 600 CPU inside, plus 2 GB of RAM and at least 32 GB of storage. The design would be unibody, with an aluminum case and HTC Sense 5.0 in a slightly modified version to fit a tablet. Fancy the HTC One Tab as the future HTC tablet or will that dream never come to life? 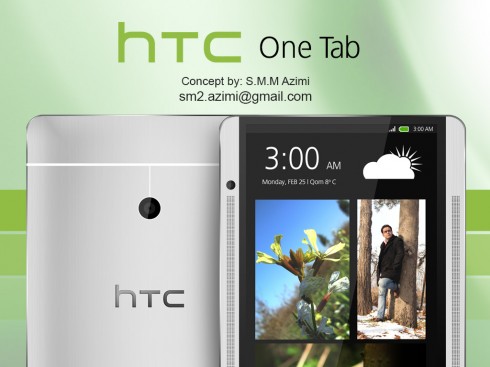 About Thrystan
Nokia Catwalk aka Lumia 1008 Features Rotating camera, Interesting Button Integration   HTC Nexus One 2013 is a Return to the Roots of the Nexus Series