After so many handset concepts, a tablet was bound to be seen, so here’s the Fujitsu Lifebook slate, created by Alan Donnelly for the Fujitsu Lifebook 2013 Competition. The device sports a rounded-rectangular format and its most impressive feature is the set of 3D sensors it includes, that allow the user to navigate in menus and photo galleries by waving hands. 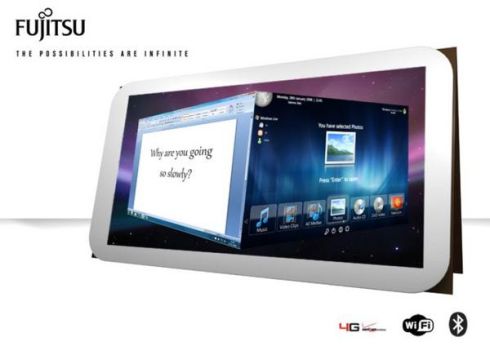 Zooming in and out is enabled by stretching the air, through the same 3D sensors. The Fujitsu Lifebook tablet concept is bundled with a foldable leather case, that can also be used as a stand. There’s also a virtual keyboard to use, one that’s projected in front of the device with the aid of lasers.

Also, placing an USB drive on top of the slate will transfer data via wireless immediately, while placing the Lifebook on a printer will allow it to perform the print job. The screen is also 3D, a function enabled by head tracking (horizontal or vertical). Do you see this product becoming real till 2013? 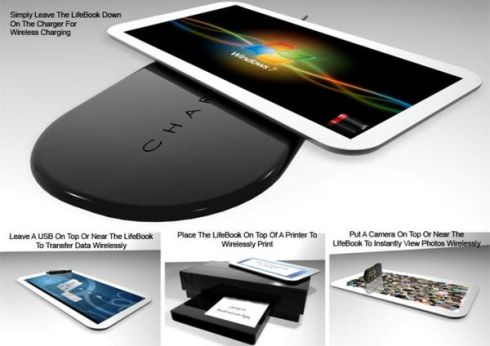 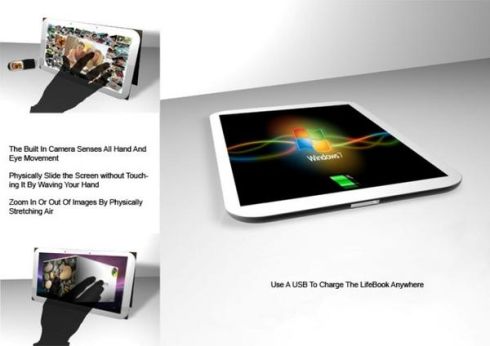 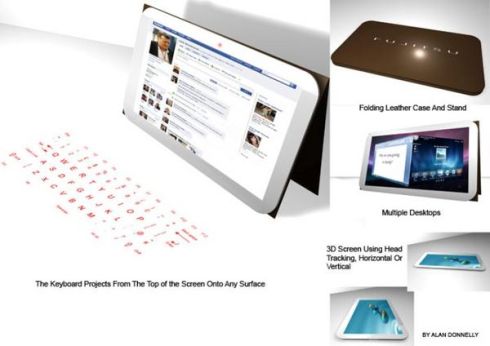