Designer Michael Dionne imagined a portable Xbox concept or an Xbox phone if you want to call it that way, with the result being the concept below. It was called the X-Mobile, a pretty fine name if you ask me and it adopts a sliding game control area, plus a very crisp display. 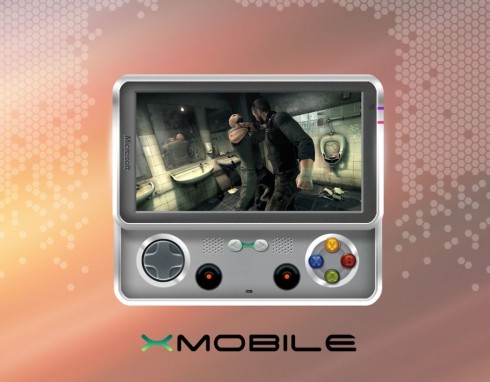 For some reason, the design reminds me of a Motorola device, something like the Milestone, maybe because of the width. I like the way the buttons are integrated and I like the analog sticks especially. I can’t really tell if there are shoulder buttons, but there probably are. As far as specs go, Michael Dionne has another concept for an Xbox device, so I’m just going to imagine that the specs are pretty much the same: a 2.3 GHz dual core AMD CPU, 1 GB of DDR3 RAM, 16/32/64 GB of HDHC flash memory and a custom quad core AMD Vision GPU.

There’s also HDMI out, Bluetooth, front and back 720p cameras, GPS and dual rumble actuators. The specs you’re seeing here is for a tablet-ish device that Michael designed, but more about that in a future article. The next PSP Phone or first Xbox Phone will be wider and thinner than all attempts so far, I guess…