Android L Homescreen Extracted as Developers Play With it

If you do a quick search for Android L on Google+ you’ll see a few dozen developers posting their experience with the new Google Android release. Although it doesn’t have a final name and the finalized version may come this fall, the OS looks almost ready to me. 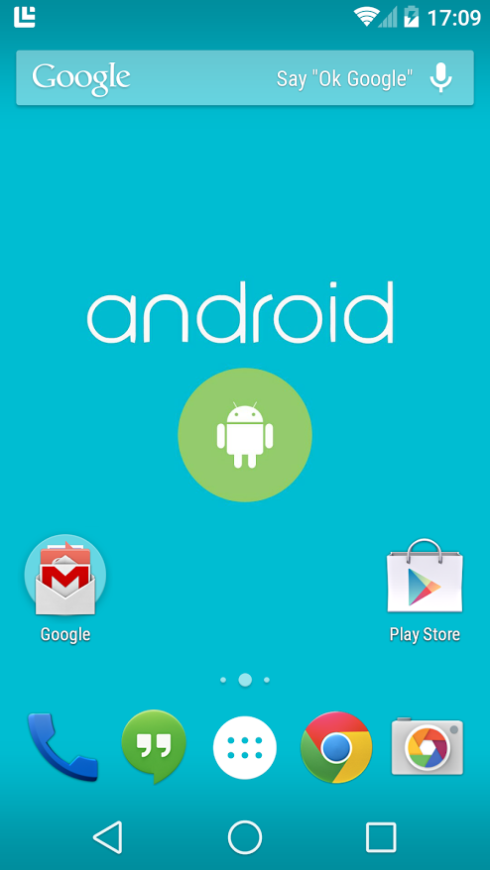 The first picture above was posted by Jean-Louis Nguyen and it appears to be all stock. The triangle, circle and square are placed at the bottom as the new Home, Back and Multitasking area. The phone, Hangouts and Chrome icons are pretty much the same as on the Nexus 5, while the status bar at the top isn’t that highlighted any more. The Android button area is also not separated from the main UI, as shown here.

The second screenshot shows us the new Android L previewed on the Nexus 5, based on the Material Design standard. There’s also MultiROM as secondary ROM and the Beautiful Icon Styler with the Tendere icon pack, so not exactly 100% stock. I have to say that looking at both pics I don’t find the WiFi, signal and battery icons to be different from the KitKat ones, although at I/O the ones shown on stage did seem a bit more narrow and the icon design a tad more minimalistic. 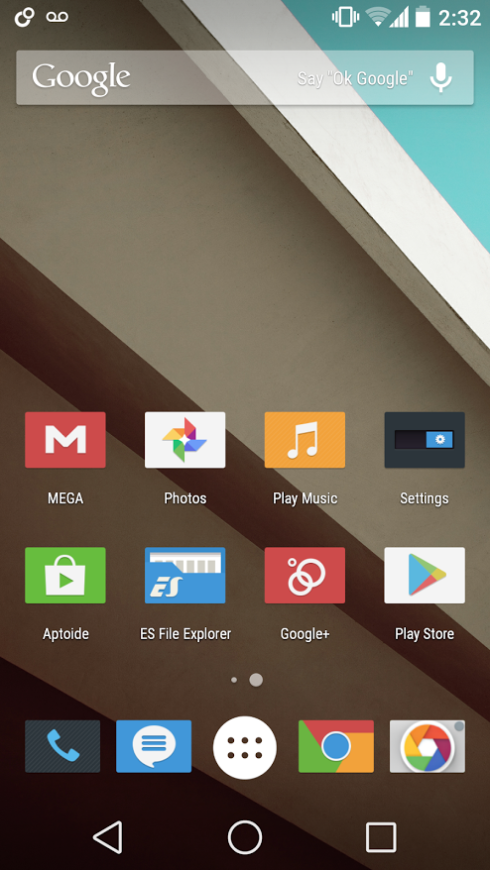 About Kelvin
Passionate about design, especially smartphones, gadgets and tablets. Blogging on this site since 2008 and discovering prototypes and trends before bigshot companies sometimes
HTC Neo is a Bracelet Concept With a Star Trek Vibe   Apple iHome Concept Deals With Home Automation in Small Sizes