Google unveiled today a platform called Android Wear, that basically triggers the start of the Android smartwatch era. The idea is to integrate Google Now on your wrist and a very efficient notification and device interaction system.

LG, Motorola, HTC and ASUS are already on board and so is Samsung apparently. In the video below you can see some reference design concept Android watches, one of them very nice looking. It’s a circular device, much like the Motorola Moto 360 that has been teased today. The screen is incredibly crisp and the text is excellently fitted onto the small screen. 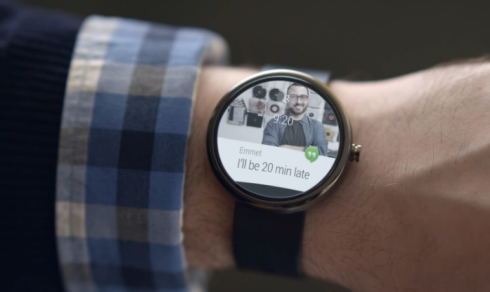 Google Now works like a charm and everything is done via voice and less by touch. I’ve heard Fossil is also getting involved with this initiative and seeing how great their watches are, I expect great things here. Here’s two devices to keep an eye out for over the next months: the LG G Watch and Motorola Moto 360, both confirmed today!

About Kelvin
Passionate about design, especially smartphones, gadgets and tablets. Blogging on this site since 2008 and discovering prototypes and trends before bigshot companies sometimes
Samsung Galaxy S6 Combines Aluminum and Rubberized Plastic   iPhone 6 Becomes a Phablet in This Video