Google Pixel 5 Renders Are Out With… Glitter on The Back!? 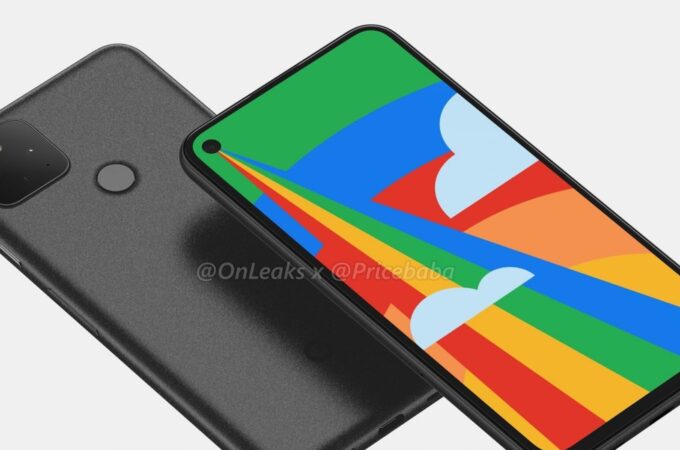 The most surprising leak of the day is definitely the Google Pixel 5. Well, not surprising in itself, but rather through the back side of the phone. It has some sort of glitter texture on and a fingerprint scanner in that area, both feeling like odd decisions in 2020.

The authors of the renders are Pricebaba and @OnLeaks, delivering us both detailed renders and a 3D video of the device below. These are CAD-based renders for the flagship expected to drop in September or October. The handset doesn’t change much from the Pixel 4 format and it’s now rumored to bring a 6 inch OLED screen with 90 Hz refresh rate. It also has a punch hole for the selfie camera. The Soli radar from the Pixel 4 is missing and the device seems to pack a square camera module with 2 sensors and a mystery third sensor, which could be a LiDAR.

We also get a Snapdragon 765G CPU, 8 GB of RAM and a 3080 mAh battery according to some leaks. The source claims we are dealing with a phone that measures 144.7 x 70.4 x 8.1 mm, going up to 8.5 mm with the camera bump. There are almost the exact same measurements of the Pixel 4a and what’s missing is the audio jack. 128 GB of storage will also be on board and this time Google seems to have decided to offer us a telephoto camera at the back instead of a ultrawide one.

Sources also say that the debut is scheduled for September 30 and preorders for October 8th.

About Kelvin
Passionate about design, especially smartphones, gadgets and tablets. Blogging on this site since 2008 and discovering prototypes and trends before bigshot companies sometimes
Huawei Mate 40 Pro Gets Pictured in Full Detail in Introduction Video   AirPodS Pro 2 Get a Retina HD Display in This Concept