Google Pixel Fold Gets Rendered and Detailed in 3D Video 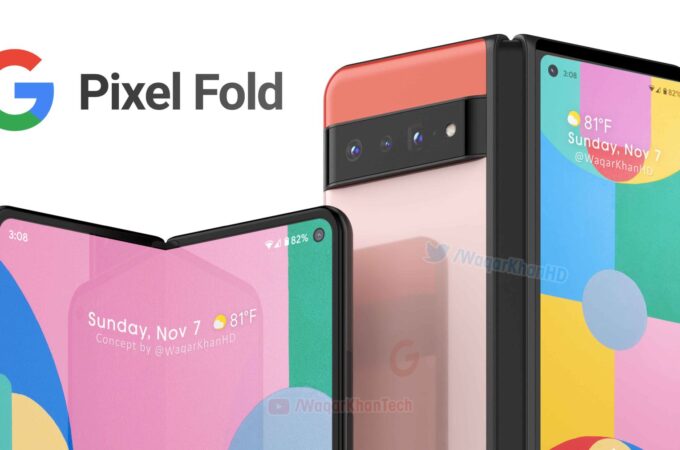 There’s been a surprisingly large amount of hype concerning the future Google Pixel devices, but not the Pixel 6 or Pixel 6 Pro, but rather the Pixel Fold. The past few hours actually brought us rumors about two Pixel Fold phones. All the leaks that happened recently have been gathered into a concept, rendered by Waqar Khan, with a 3D video below.

The designer seems to have borrowed the unusual camera design from the Pixel 6 and Pixel 6 Pro, which is a smart way to integrate high end optical tech without protrusions, or with a big enough protrusion so it won’t make the device wobble on a flat surface. Waqar Khan shows us a sleek device, but also a foldable one this time. It feels like a Galaxy Fold Z Fold 3 with a Pixel 6 Pro back side.

The hinge is totally Samsung-inspired and we see, to have a pretty narrow bezel external screen here. I also noticed there’s a large emphasis on the shiny sides which are rounded at the edges. The selfies cameras are integrated on the internal screen and the other on the external one, both on punch holes. The crease of the internal screen seems slightly less visible than on the Samsung models, but it may just be the wallpaper.

Rumor has it that the device will launch in Q4 2021, probably in October with the Pixel 6 series. We also expect the Tensor CPU inside, made by Google. Google Pixel Fold will have a LTPO OLED display, which uses less power since it go down to 10 or even 1 Hz, from the 120 Hz top refresh. There’s talk of a 7.6 inch internal foldable panel, which is to be expected. The hinge here is rather big, but Google actually had patented another version of a foldable, with the ability to slide out an additional display with added screen estate.

About Kelvin
Passionate about design, especially smartphones, gadgets and tablets. Blogging on this site since 2008 and discovering prototypes and trends before bigshot companies sometimes
Samsung Galaxy S22 Plus Render Comes Out of Left Field With 50 MP Camera   Top 5 5G phones Below $300