The folks of Techfuture4u.com have come up with a brand new Nexus 6 concept, one that yet again adopts the idea of an edge to edge screen, but totally lacking bezels this time. This is a sleek smartphone, that if it were real, it would debut in the following two months or so. 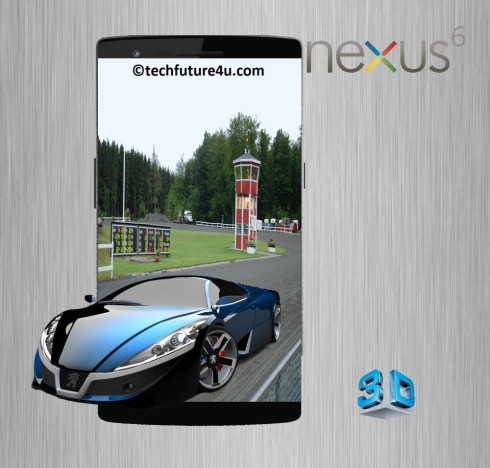 Since there’s a 3D logo in the mix, I’m guessing this one is a 3D handset, most likely aided by cameras like the Amazon Fire Phone, rather than a real stereoscopic screen. The creator of the concept has a very interesting theory, saying that Google will make the Nexus 6, without mentioning a hardware maker. Nexus One was made by HTC, Nexus S by Samsung and then Samsung again with Galaxy Nexus, then finally LG took over the Nexus 4 and Nexus 5 handsets.

The Nexus 6 is listed as coming in the second half of 2014, with a true octa core 2.4 GHz processor, 4 GB of RAM and a 20 megapixel ultra low light camera. There’s a 3100 mAh battery inside, a 5 inch 2K display and 64 or 128 GB of storage inside. We’ve got a fingerprint sensor available, as well as an atmosphere and thermo sensor. Would you buy this Nexus 6?