Supposedly around the time of Halloween we’re expected to see the new Nexus 6 handset, a device that’s made by Motorola and codenamed Shamu. We’ve seen a phablet or two with this identity and today we get a new concept from the same line. 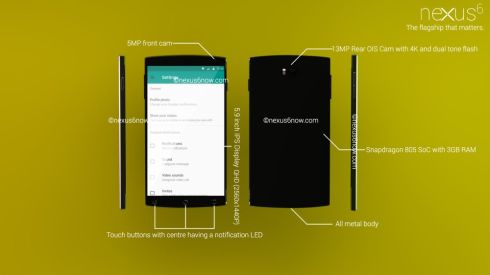 Rishi Ramesh has imagined two versions of the Nexus 6. We’ve got the Nexus 6 basic model, the flagship phone with premium specs and a metal body, while the Nexus 6 Shamu is basically the Mini with midrange specs. The flagship unit has a 5 megapixel front camera, touch buttons with notification LEDs at their core, a 13 megapixel back camera with OIS and 4K video capture, plus a dual tone flash. 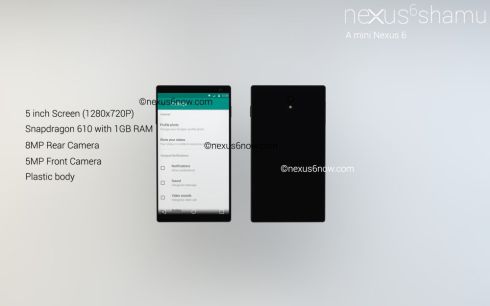 There’s a Snapdragon 805 processor inside, accompanied by 3 GB of RAM. The product has the typical rounded top and bottom of a Nexus and it’s not that different compared to the Nexus 5. Maybe the bezels are a bit smaller. And then comes the Nexus 6 Mini, aka the Shamu, with a 5 inch HD screen, a Snapdragon 610 CPU, 1 GB of RAM, an 8 MP back camera and 5 MP front shooter. The body is made of plastic this time.

What do you think of these concepts?