Although HP denied working on the HP Brave Android smartphone and denied that the render shown here was real, images of the device keep pouring in. For example Suman Chatterjee created the render below, showing the HP Android phone. 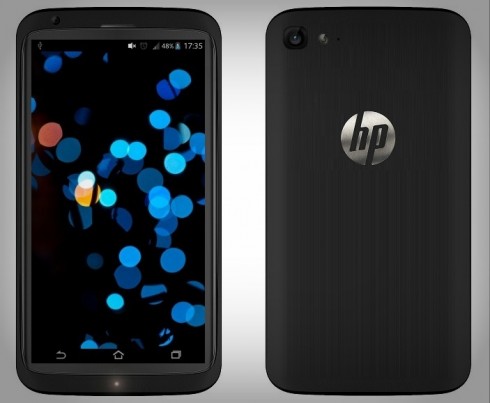 Last I heard, this was supposed to be a high end model with a Snapdragon 800 CPU and a HD or Full HD display. If I were someone big at HP, I would start off with an affordable midrange model, maybe a rival for the Moto X. Back to the design, there seems to be a notification light at the bottom, capacitive keys below the display and some pretty big bezels.

It’s as if there’s a protective case around the main body of the device, while the back area, particularly the camera placement somehow makes me think of the iPhone. I like the way the HP logo is integrate here and somehow the overall design makes me think more about a midrange handset than a high end one…