I’m pretty sure you know Hasan Kaymak and his HTC concepts, that have been often published on our website. Well, today we have two fresh items made by the same designer: HTC Droid DNA 2 and HTC One Wear S. The first is a smartphone and the second a fresh smartwatch. 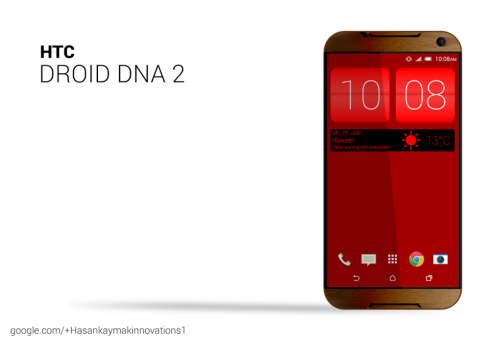 Hasan Kaymak has imagined various iterations of the HTC One Wear S, including a squared model and a round one. The HTC Droid DNA 2 is only teased in the picture above and it seems to be shown in a sort of copper/gold version. It’s an elongated smartphone with BoomSound speakers discretely integrated into the top and bottom. This model doesn’t quite stand out from the crowd and the first version of the HTC One War S has straight edges and a front camera.

Its belt is pretty rubbery and we also get sort of a BoomSound thing at the front and back. The second image shows a more detailed view of the device, this time with tiny little holes for the speaker, a metallic body and a big side button. Voice command is also shown on the screen, as part of the Android Wear experience. The last version of the HTC One Wear S has got to be my favourite, combining some of the Moto 360 vibe with the side rotating buttons typical to classic watches.

The bracelet is also segmented now, just like the body of a crayfish. 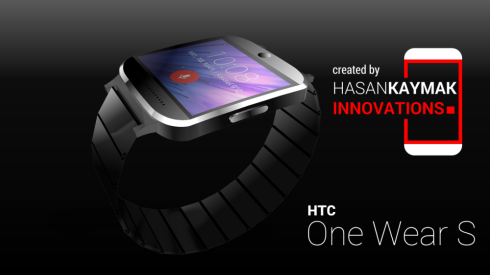 About Kelvin
Passionate about design, especially smartphones, gadgets and tablets. Blogging on this site since 2008 and discovering prototypes and trends before bigshot companies sometimes
iPad Mini 3 Gets Beautiful 3D Design Courtesy of Martin Hajek   Nvidia Shield Tablet is a Perfect Gaming Device, Here’s a Render!