Ancel Lim sent us a HTC concept phone that feels like a HTC One M8 with an upper and lower side cut out. There’s already a HTC One Mini 2 out there, so what is this model exactly? we’ll speculate and analyze in the following lines! 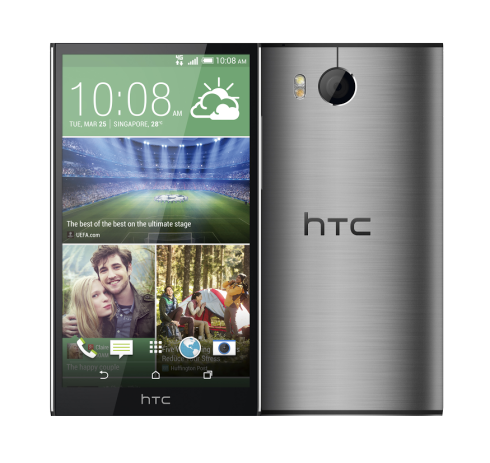 First of all, this model is dubbed HTC One (M8) Compact and it’s a smaller device than the HTC One (M8), obviously. It gives up the BoomSound speakers and its specs remain the same, aside from the CPU that gets an upgrade. We’re talking about a Snapdragon 805 processor with Adreno 420 GPU. The screen’s resolution is QHD, so that’s another upgrade right there. We’ve got a lot of space saved with those virtual Android buttons and the camera is no longer a Duo unit apparently.

The case is still metallic and the device is rounded, but I wonder if it isn’t slippery for the average user’s hand. If you ask me, the screen bezels are also kind of big for today’s standards, but that’s only my opinion. It’s interesting what cutting down on the upper and lower side bezel can do… it gives the handset a bit of a Sony vibe, don’t you think?