After so, so many HTC One M9 concepts it gets very hard to surprise us with anything new, but designer H. Tahir did. He imagined the HTC One M9 in the way shown below, with split lower front side speakers. 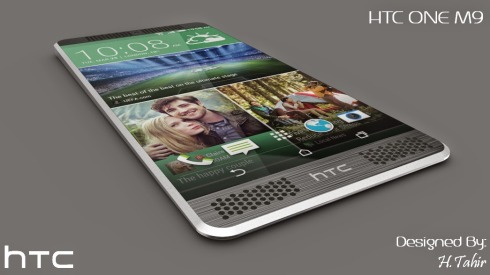 Those speakers are actually interesting, with bigger than usual holes and interesting placement, flanking the HTC logo. The Android buttons are virtual and the screen seems slightly curved, since the image is so close to its surface. Bezels are being kept to a minimum and the face of the device is clearly adorned with brushed metal. The speakers at the top are also split, flanking the front camera.

This means that we get 4 BoomSound speakers, capable of a crazy loud volume, probably. We have no idea what the back of the phone looks like, but if it’s as interesting as the front, I’m sold! The designer claims that this HTC One M9 is made using titanium and aluminum, that make the smartphone both light and solid. This one is a Lollipop phone, by the way. Appealing? 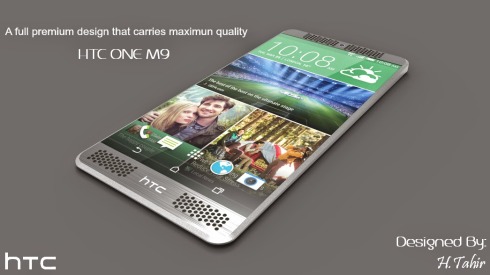