Abhi Aravind has become a household name here at Concept Phones, since we’ve published a couple of his designs, like the HTC HD3 handset. Now comes another HTC model, the Nebula. This is Android 2.3 Gingerbread smartphone with a 4.3 inch Super AMOLED capacitive screen that Samsung would be jealous of. 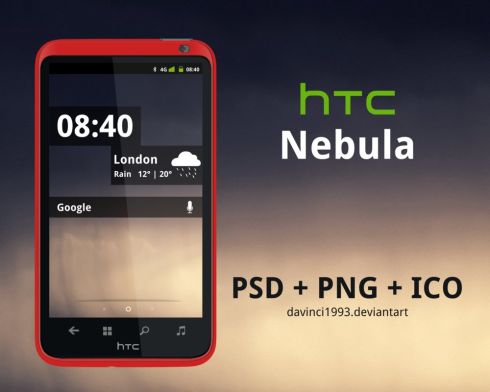 The screen of the HTC Nebula supports a qHD resolution and this handset also comes with a 1.2GHz processor, an 8 megapixel camera with autofocus and 1080p video recording, plus 1GB of RAM, 256MB of Nvidia video memory, WiFi, Bluetooth 3.0, GPS and 4G. USB 3.0 and 24GB of onboard storage complete the specs, together with a dedicated music key and surround speakers.

The last two features make me think that this is a music phone and we haven’t had so many of those lately, ever since the touchscreen phone era started. Is there room for a HTC music smartphone out there, considering Sony Ericsson is pulling from the hat very much the same thing?