HTC may be in pole position to make the next Nexus tablet, but they’re also supposed to make a phone, according to some speculations and concepts. Dmitry Stvolov imagined a HTC Nexus 6 smartphone, that’s shown below. 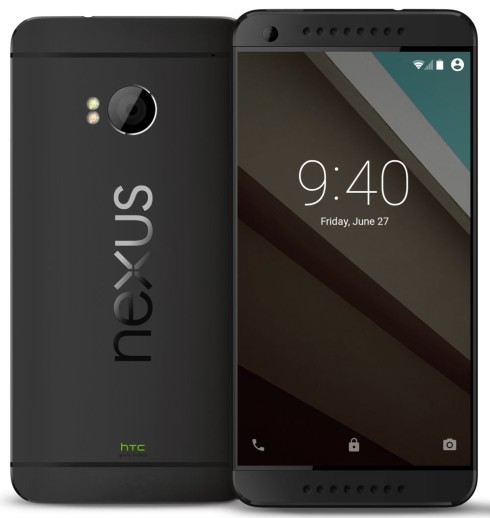 This device keeps the design direction of the HTC One series and blends it with the Nexus 5 looks. We get a dual tone LED flash at the back, wide angle lens front camera and a rounded body with a soft touch texture. The HTC Nexus 6 adopts a unibody design and I really can’t tell if it’s made of metal or polycarbonate. We get the same lines of separation at the top and bottom and there’s a big lens cam at the back, much like the one of the HTC One M8.

I imagine this model runs Android L and I see that the Android icons are shown on screen, so I expect capacitive buttons to be gone from the bottom part. There are no specs provided by the designer, but I imagine this as a 5.2 inch QHD phone with a Snapdragon 805 CPU, edge to edge display and a new type of Google camera gimmick. They implemented the VR panorama on the Nexus 4 and since then they’ve been low on gimmicks…