Alexander Black just sent us an email with a HTC concept that he designed, once again a device that runs Android 4.0 Ice Cream Sandwich. Meet the HTC Pyro, a fire red devil with a 2GHz quad core Snapdragon processor and a 12 megapixel camera at the back. 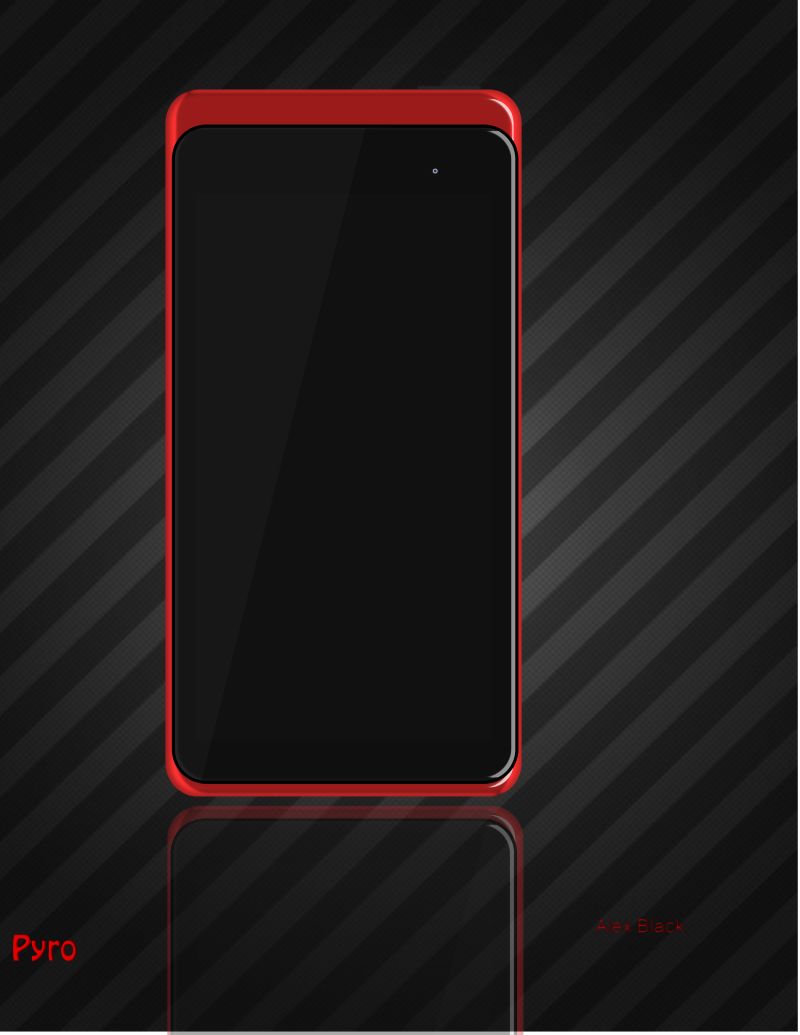 Its design reminds me of a combo between the Nokia N9 and the HTC Incredible S. HTC Pyro comes with 4.8 inch Super AMOLED display, an 8 megapixel front camera, that will generate some HD video calls and Beats by Dr. Dre headphones. Considering I’ve been hearing so much about HTC quad core phones for 2012, this handset will come from concept phase to real life pretty fast, that’s for sure.

I just hope that HTC will get over the handicap of using so little RAM (768MB), so little internal memory (1GB) and poor cameras. It’s a known fact that HTC doesn’t create the best cameras on smartphones, although I have to admit that the HTC Sensation XE cam was decent. However, they’re still far from the level of Samsung Galaxy S II and Galaxy Note. Megapixels aren’t the solution here…